CityWest operations were supposed to be behind a picket line on Monday morning, as the labour dispute between CityWest workers and management came to a stalemate and the  the Prince Rupert based communications company was served with 72 hour strike notice on Friday.

However, labour trouble was deferred for the moment, after Industry Minister Lisa (Step into a dispute) Raitt, weighed into the situation to send both sides to the Industrial Relations Board.

Minister Raitt, who has been in the news quite a bit over more high profile disputes, offered up her take on the CityWest situation by outlining how the public safety was at risk if CityWest workers took to the picket lines on Monday.

CityWest was quick to take that advisory to the public, through their website (a forum not particularly well used by the City owned company in the past) the thrust of their review of the latest developments was that perhaps IBEW Local 337 might want to get back to the bargaining table. 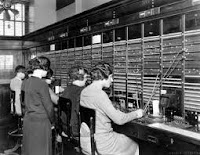 The topic of wages, pensions and changes to the internal workings of the company all seem to be the major items on the labour/management checklist, topics which seem to show little common ground at the moment.

Should the labour difficulties eventually morph into a strike, then CityWest often a frequent discussion topic around the city, will certainly become the number one discussion point at coffee break and dinner tables over the next few weeks.

As the labour strife percolates, service issues, cost of operation and even the concept that the city shouldn't perhaps be in the business of telecommunication and television services at all, could be up for discussion well beyond the negotiating table.

The prospect of the labour dispute and the impact it may have on the Northwest was outlined through a number of media providers over the last few days, some of their work can be found below.