With Prince Rupert on the clock when it comes to replacing the aging RCMP detachment, the city has begun the process of discussion into a combination emergency services building which would house both the city's police and fire services under one roof.

That process got underway on Monday night as the city hosted the first of what will be five meetings designed to inform the public as to the requirements of the city's emergency services.

The first session explored the theme of Why we should consider this?

The next session is set for April second, when the pros and cons of the project will be discussed. 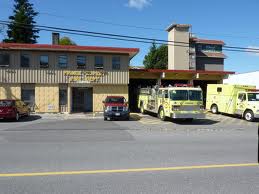 May 7 - The topic of when it needs to be addressed,

June 4th-- How would the building be financed

June 18th-- Where would the building be located

All of the meetings take place at 7 PM

The city may not in the end have much of a choice when it comes to the Police station, under the terms of the policing contract, the RCMP can initiate the construction of a new structure providing they make the proper documentation and initiate the process, which they have done over the last three years.

Over the time, the RCMP has sent an annual letter to the province advising the province as to the situation in the city and the requirement of a new building.  The RCMP are now in the position to have a new structure built and have the bill sent to the city.

With that hanging over the city's head, the push towards consultation and information is seemingly on, no doubt towards the goal of a new emergency services building that will provide new facilities for the city's services.

Originally the plan was to put such a project to referendum at the last election, however with short time to debate and inform, the city pulled back on that plan, leading up to the process that began on Monday.