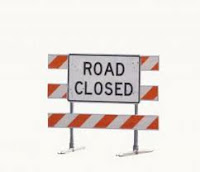 Avalanche Control
Highway 16 Both directions - Closed in both directions from Prince Rupert to 35 km west of Terrace at Extew River Bridge (105.9 km) due to High Avalanche Hazard. Estimated time of opening Sun Jan 29 at 6:00 pm. ...

Travellers heading west from Terrace or East from Prince Rupert we're making plans for an extended stay in each community on Saturday night, as the Ministry of Highways closed the only east-west road connection between the two communities due to a high Avalanche risk. 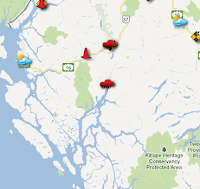 The closure which took effect at 8 pm was in place for the region from Prince Rupert to 35 kilometres west of Terrace at the Extew River Bridge. The highway will remain closed until at least 6 pm on Sunday as avalanche technicians investigate the stability of the snow pack in that region and take remedial measures as required.

The high avalanche risk comes after a lengthy cold snap on the North coast, which provided for large accumulations of snow in regional mountain areas, with the cold snap making way for heavy rain and warmer temperatures of the last few days, the conditions became unstable along the highway 16 corridor.

Among those stranded on either side of the road closure were the Smithers Steelheads in Prince Rupert for a hockey game on Saturday night, while a number of Prince Rupert students from Charles Hays Secondary were waiting in Smithers for the road to open at Terrace.

The latest updates on the road situation can be found at the Drive BC website.


Update:  The Northern View posted this article on the avalanche at 1 am on Sunday morning

Highway re-opened in the early evening hours of Sunday, around 7 PM.
Posted by . at 9:10 PM