The push back against Enbridge's plans to develop a Northern Gateway pipeline and shipment terminal at Kitimat, comes to Prince Rupert on Saturday as a coalition of protesters take to the streets to show their opposition to the project.

The main arterial road in the city will be closed to traffic from 11 am to 12:15 on Saturday to allow an anticipated crowd of 2,000 plus to march from Mariner's Park to the Civic Centre, following the march a rally will take place at the city's Civic Centre, featuring a collection of speakers and musicians to lend their voices to the opposition. 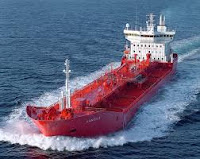 Among those said to be attending the day long event (festivities continue on until midnight) are one time Social Credit cabinet minister, former talk show host and now environmental advocate Rafe Mair and Canadian rock musician Bif Naked, Dr. David Suzuki was scheduled to attend but health problems have reportedly given him cause to cancel his appearance.

The scope of the day's protest was outlined in a press release, which was made available on February 1st, the information package widely used by assorted media sources in the construction of their stories on the planned march.

The timing of the protest has provided for the largest possible pool of those to show their opposition, Saturday's protest march comes one day before the opening of Prince Rupert's annual sports and cultural event the All Native Basketball Tournament.

With a large number of visitors to the city having already arrived for the tournament, planning the protest march for the day before the opening of the games provides the organizers with the prospect of a large group of protesters, a visual that will no doubt be used by those in opposition to Enbridge to provide a strong visual backdrop to their protest.