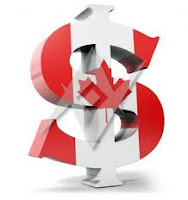 Money from both federal and provincial coffers is making its way towards Prince Rupert, with a number of high profile infrastructure projects the recipient.

This week brought a flurry of advisories for the region as both federal and provincial sources outlined their spending plans for the North Coast.

On Thursday, Ed Fast, the Federal Conservative International Trade and Asia-Pacific Gateway Minister, outlined the scope of 650,130 of federal money that is destined for the city to install a secondary sewage pumping station, which will allow the city to relocate a sewer pipeline way from the Hays Creek stream.

The money that is earmarked for this project is to be taken from the Federal Government's Gas Tax Fund.

While he was in Prince Rupert the Minister also outlined the 15 million dollar investment into the Port of Prince Rupert's Railway Corridor project on Ridley Island. It is the Federal Government's share of the project which previously had tallied up 30 million from CN and the Port, while the Province of BC previously committed its share of 15 million to the project.

Construction on the corridor is expected to begin later this year with a completion timetable to have the project complete by 2014.

Earlier in the week the Province of British Columbia delivered its budget with Finance Minister Kevin Falcon outlining the Provinces spending plans for Northern infrastructure, including the extension of a tax initiative designed to provide a fair and competitive environment. First introduced in 2004 it has provided around 1.3 million dollars annually to the City of Prince Rupert between 2004 - 2008, with inflation based increases in the years that followed that period, originally designed to expire in 2009 with this weeks announcement it has been made a permanent fixture.