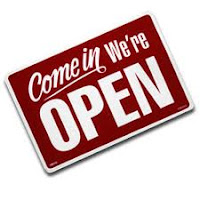 The City is trumpeting 12 new business starts as an indication that economic conditions have begun to turn around,  an interesting interpretation of growth that offers up a few things that could raise some eyebrows.

The Northern View published the City's declaration that activity from the Port of Prince Rupert is having a spin off effect on the commercial core of the city, highlighting the 12 new business options that have arrived in the last 18 months.

From a new Meat store in Cow Bay, to a new storage unit on Saskatoon Avenue, as well as a thrift shop on Third and the new Dollarama in the Rupert Square, the city is championing the new shopping opportunities that have come to the region.

In among those options that the city suggest heralds as the rising tide of commercial development, a Tobacco and News operation in the Rupert Square and the recently opened Chads Smoke shop on 2nd Avenue West.

The latter finding a more positive spin from this city government, than its reception in other Western Canadian communities over the last year or so.

And while any new opening or (renovation and move in the case of Shoppers) is a positive trend for the city, there have also been a number of closings that have taken away from the employment base and commercial space downtown.

The biggest hit of course came earlier this year from the Ocean Fish Plant, which was a large employer in the city and provided for a number of high paying jobs, both seasonal and full time.

Add on the closing of Zellers (to be replaced by the Wal Mart in the fall) the Husky Gas Station and the Pizza Hut to name a few, and on balance perhaps, just treading water may be a more accurate description of the commercial situation at the moment.