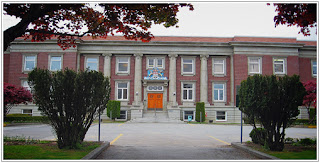 Prince Rupert makes a return appearance  to the top ten of the rolls of the criminally inclined, our second year in a row at number eight in combined violent and non violent crime reports.

While it's not quite the days of shoot outs at the streets such as the big cities sometimes face, the latest crime statistics offer up the numerical review of criminal activity weighted by population. From those findings  it would appear that crime remains a bit of an issue for locals, whether they know it or not it seems.

The Northern View provided the details on the latest from the Crime Severity Index, a statistical review that outlines Prince Rupert's placement as second among cities in BC when it comes to the worst of communities in Canada when it comes to crime.

The review tabulates the Crime stats for all communities over 10,000 in population from across the nation.

The statistics are culled from the 2011 report from Statistics Canada, released in June and from that review Prince Rupert ranks 8th overall across the nation in the rankings of violent and non-violent crimes.

When it comes to violent crimes reported, Prince Rupert is in fifth place overall across Canada, second to BC with only Williams Lake to keep us from infamy.

When the overall CSI numbers are compiled, Prince Rupert stakes a claim to 8th spot in the listings.
Posted by . at 10:17 AM