Council gets agitated over Atlin and Rushbrook Floats parking provisions 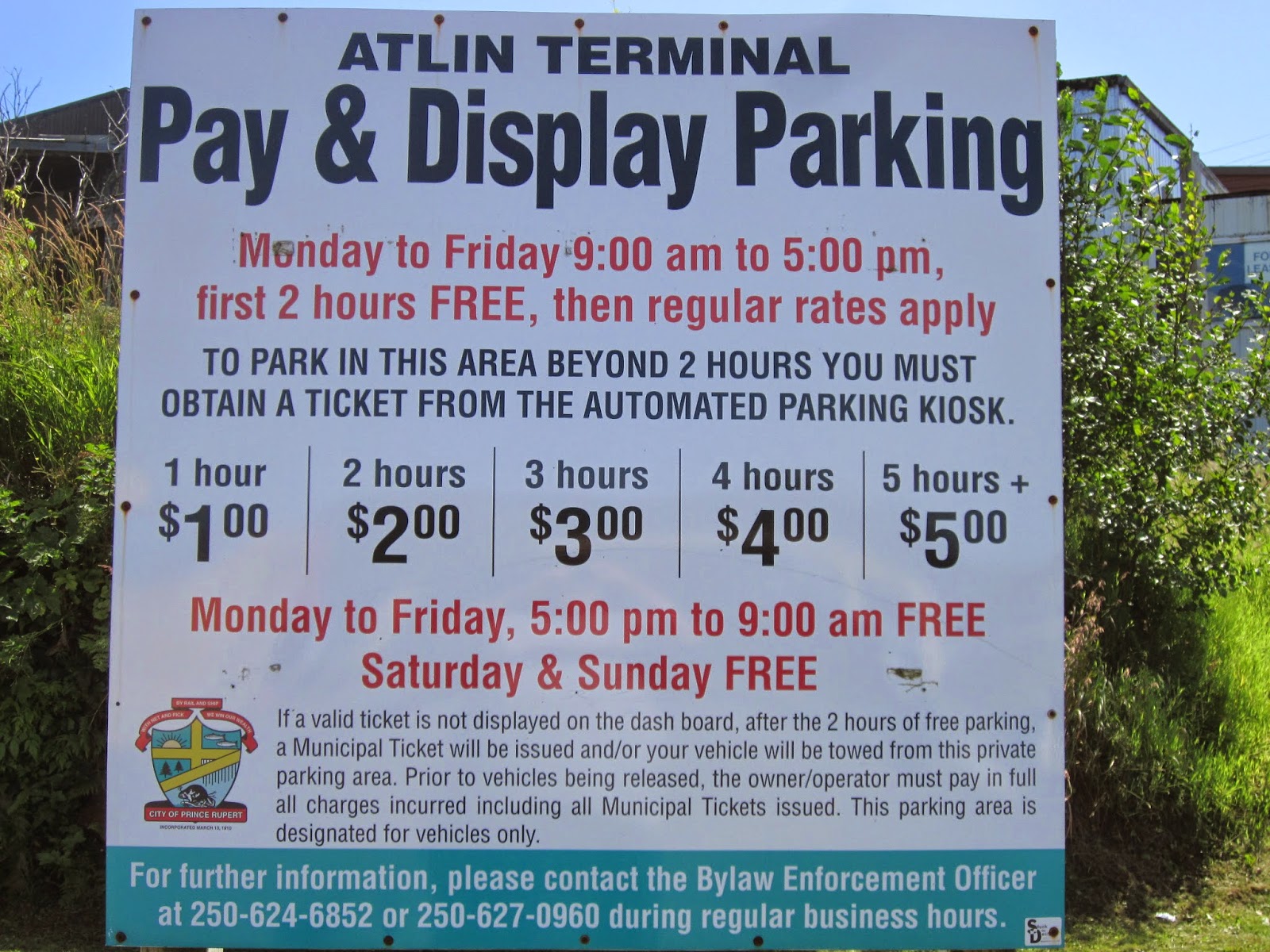 What appeared to be a simple request from the City's Engineering department to return Atlin Terminal parking to a two hour limit, turned into a wide ranging discussion over fairness of parking between those in Cow Bay area, compared to the situation facing Commercial fishermen at Rushbrook Floats.

The discussion began with a report from the Engineering department that  outlined the current state of the equipment at the Atlin Terminal lot, with parts becoming hard to find for repair owing to the age of the parking kiosk.

With the Atlin lot presently providing for a loss on operations, the recommendation of the Engineering department was to return the Atlin Terminal to a two hour limit, while taking the parking kiosk out and using it for spare parts for a similar kiosk at Rushbrook floats.

It was the recommendation of the engineering department that the Rushbrook kiosk remain in operation, as it is proving to be generating a positive cash flow for the city.

Mayor Mussallem led off the discussion, introducing the prospect of a letter to be directed to the Port Authority, outlining the desire of the city to see the Port free up their current Port only spots in other areas of the Atlin Terminal area, as a form of overflow parking should the pay parking provisions at the Atlin lot be removed.

That more than anything else appeared to set the tone of discussion for the topic, with Councillors Thorkelson and Cunningham bringing the cause of commercial fishermen to the conversation.

Both Councillors observed as to what they considered the unfair nature of the current parking situation between the two sections of the city.

They highlighted how they were not in favour of providing what in effect would be free parking for Port Authority employees and other Cow Bay merchants, while at the same time continuing to charge a fee for those of the commercial fishery that use the Rushbrook facility.

Councillor Cunningham also outlined his concerns over the current state of the Rushbrook Floats lot, questioning why repairs have not been made considering the volume of money that the lot reportedly delivers.

The Mayor provided a short update for the Councillor as to the schedule for repairs to that lot planned for later in the summer.

Councillor Garon offered up her preference to see pay parking continue at the Atlin lot, suggesting the city consider purchasing a more modern parking kiosk for the area.

Councillor Ashley also offered up some thoughts on the issue, highlighting the budget constraints that would most likely mean that the city would not be able to hire an additional by law enforcement officer to watch over the two hour limit.

She offered up a few suggestions as to pre pay options to address the requirements of those that may use the Cow Bay lot for day excursions around the region.

She also suggested that the entire issue be tabled until Council could examine it further, offering up the concept of a workshop on the issue.

After close to twenty minutes of discussion, that proved to be the course of action that Council would choose, tabling the motion, leaving Atlin as a pay parking lot for the moment until the issue could be further examined.

You can review the discussion from our City Council Timeline and take in the full exchange of thoughts on the topic from the City's Video archive, it runs from the 1 hour 28 minute mark until the 1 hour 45 minute mark.

For more items related to developments at Prince Rupert City Council see our archive page.
Posted by . at 11:55 AM