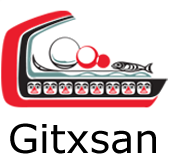 Confusion seems to the operative word when it comes to the status of an eviction notice that was acted on in the territory of the Gitxsan during the overnight period and carried on into Wednesday morning.

Yesterday, the Gitxsan Nation issued a media release outlining that they were preparing to enforce their eviction notice on all sports fisheries, the Forest Industry and CN Rail, a notice first issued on July 9th.

Late Tuesday evening, word began to come out of the territory involved that the first of those evictions had moved forward, with with plans to shut down the CN Rail line across the 33,000 square kilometres of the Territory.

Shutting down the rail line would provide for an immediate economic impact not only on the North Coast, but across North America, bringing to a standstill the shipment of a variety of goods that pass across Northern British Columbia to and from the Port of Prince Rupert. 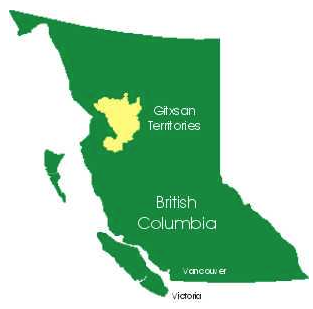 Any slowdown or shutdown on the main line across the province, would also have a major impact on operations at the Port of Prince Rupert.

Canadian National had perviously stressed through the month of July and into August, that the issue was one between the Federal and Provincial Governments and the Gitxsan Nation to resolve.

The situation took a shift by mid morning today, as word began to filter out of the Gitxsan territory that the plan to shut down the CN Line had been reversed.

With CBC radio's Will Fundal, providing the first of the updates on the latest news from Gitxsan negotiators.

CN has provided no updates on the state of the railway advisory on their website since the eviction order was acted on last night, or with the events of this morning.

Though for the moment, it does not appear that the overnight events had an impact on rail or port operations.

In late July, NDP MP Nathan Cullen, weighed in through his NDP Parlilamentary website, providing some background on the topic of the eviction notices.

Mr. Cullen has not offered any further comment in the situation since that time.

As to the state of the current situation, the Province of British Columbia has not offered any update as of yet. Providing little in the way of background as to what steps will take place next, in order to resolve the situation.

However to be fair, the government representatives may be having some trouble in understanding the consensus on the topic within the Gitxsan political structure itself.

A pair of reports in the Globe and Mail over the last few days, suggests that there is a conflict of opinion within the Gitxsan Territory, as to how they should proceed with their concerns with the two levels of government.

For the moment however the transportation issue has apparently been resolved, with the prospect of renewed discussion on the outstanding issues perhaps ready to start up.

Last evening, the Gitxsan had called for meetings with the two levels of government for Thursday, August 7th to review the situation.

If the latest reports are correct, the contentious issue of any form of rail blockade has been addressed (for the moment), with rail traffic set to resume on the CN line through the Gitxsan territory.

Any further information on today's developments will be posted below.

News items of note on the current situation: