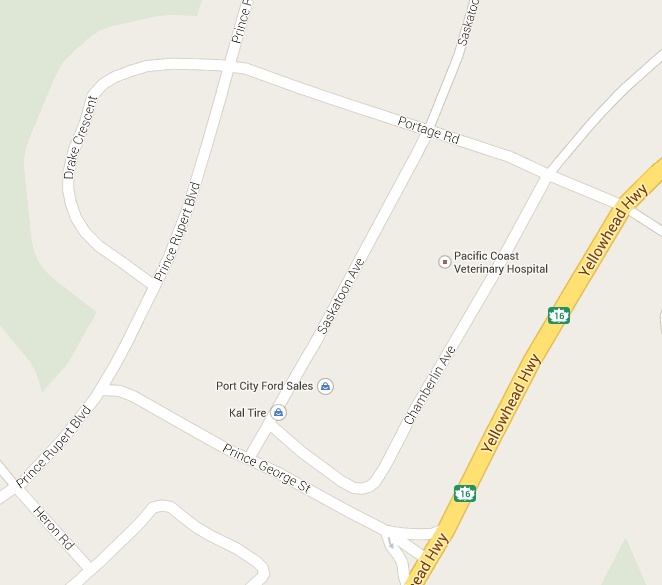 Prince Rupert Firefighters continue to work on a fire that broke out on the east side of the city overnight, with Fire units still engaged Monday morning in knocking down a blaze at the old Totem Lanes location between Chamberlain and Saskatoon Avenues.

A photo posted to the Prince Rupert Twitter feed provides the visual of a large plume of black smoke rising into the air, with flames seen breaking through the roof on the structure located in Yellowhead Centre area of the city.

Other photos posted to twitter  provide a glimpse of  the extent of the work taking place to bring the fire under control.

As the fire department efforts continue into Monday morning, smoke has settled over a wide area of the east side.

Members of the Prince Rupert RCMP have blocked off a number of local roads leading into that area of the city and motorists and pedestrian observers should avoid the area as Fire crews continue their  work.

The structure has long been vacant and has not been in use since the Bowling Alley closed its doors a number of years ago.

Updates on the situation will be provided below as more information is provided.