A full page ad in the weekly newspaper this week, tells the story of another banner year for Prince Rupert Grain. With the Ridley Island terminal celebrating the increased volume of numbers from handling a record breaking 6 million tonnes by July 31st.

The advertisement celebrated the work of both employees and managerial staff at the Grain Elevator for their work thus far in 2014. Providing a listing of those that contributed to this years work so far. 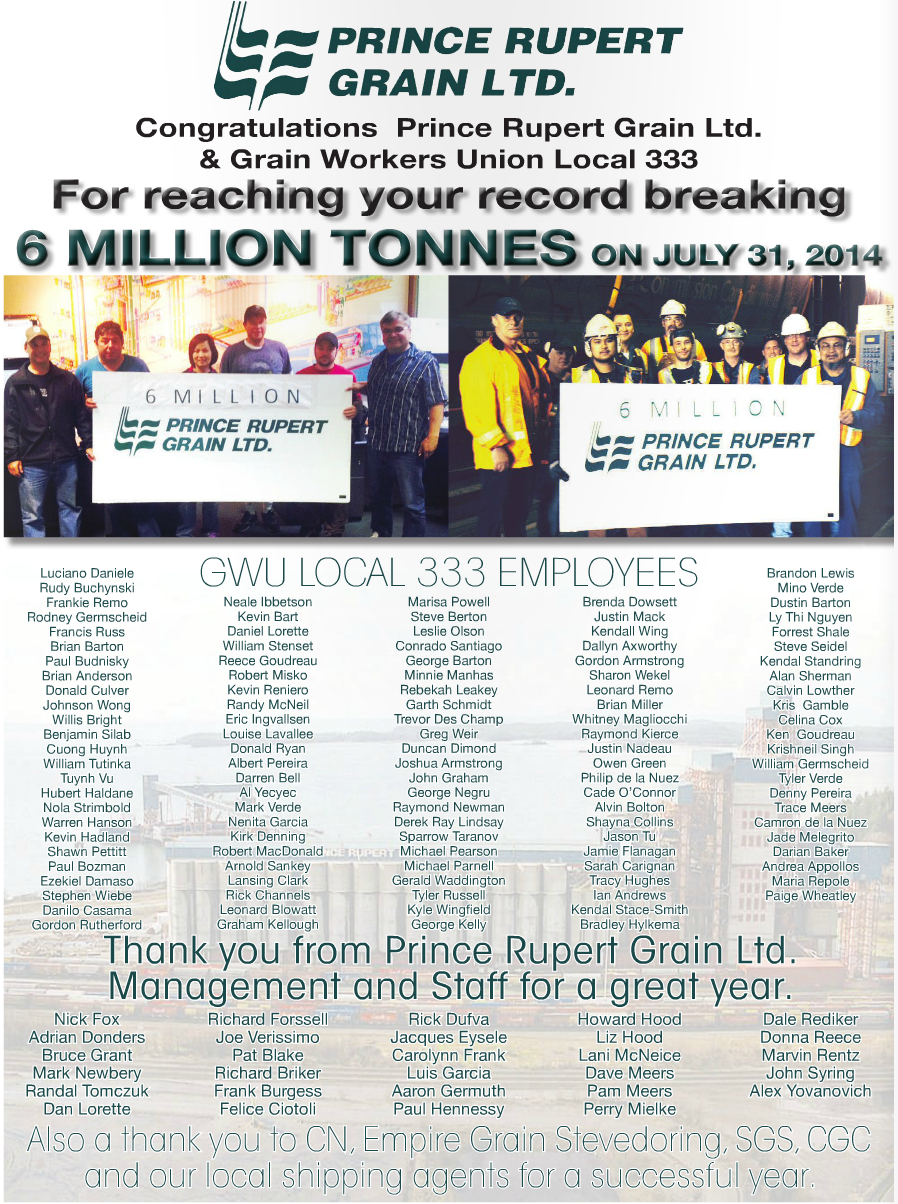 The most recent statistical review from the Prince Rupert Port Authority highlights the volume of throughput at the Elevator, which as of the end of June of this year was up some 23 per cent from last years numbers.

Those numbers are destined to increase even further into the fall, last week the Federal government outlined that it had instructed both of the national railroads to increase their deliveries of prairie grain products to export terminals.

The new regulations are designed to provide relief to prairie farmers and avoid the situation of last year and into 2014, where backlogs of grain for shipment created any number of headaches along the supply chain.

For their part, the railways don't seem overly enthused at the quota extension as outlined by the Federal Government at the start of the month.

The anticipated volumes mandated by the Federal Government would suggest that Prince Rupert Grain may not only find that the work hours will be extended further into the season than usual, but may offer Prince Rupert Grain with the chance to showcase another family portrait by the time the end of the year rolls around.

For more items on events at Prince Rupert Grain see our archive page here.
Posted by . at 12:05 PM

Email ThisBlogThis!Share to TwitterShare to FacebookShare to Pinterest
Labels: Record volumes for Prince Rupert Grain, with more shipments to come in 2014