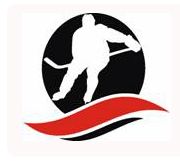 The first signs of the North Coast hockey season are now upon us, as the popular Lou Lemire Summer Hockey Skills Camp puts in place the final preparations for the 2016 edition at the Jim Ciccone Civic Centre.

Scheduled for Monday, August 15 to Friday, August 19 the five day hockey camp which has been part of the Prince Rupert hockey scene for a decade now puts players through skill development, power skating sessions and a range of off ice activities.

Registration for the Camp is set at 460 dollars which covers the five days of instruction, with room for two groups as part of the day long programs.

The Penticton based camp will also offer up sessions for Adult Recreational Hockey players and members of the Prince Rupert Rampage during their week long stay on the North Coast.

We'll provide further updates on events from the PRMHA through the year by way of our archive page which you can review here.
Posted by . at 9:47 AM