The mid point of the summer finds little in the way to report when it comes to new business opportunities on the North Coast, with the month just ended given over to a number of social and business events for the most part.

Our July report notes the prospect of a new dining option for Prince Rupert, while Terrace officials have heard of a postponement for one of the hotel projects proposed for the city.

Beyond those notes, the month was turned over golf, social events and a few announcements of changes to local business operations.

Some of our observations on the Commercial and economic scene in the City for July can be found below:

Prince Rupert's business community kicked off the month with a trip around the Prince Rupert Golf Course as the Prince Rupert and District Chamber of commerce hosted their first Beans and Jeans Golf Scramble, with a large number of Chamber members and residents enjoying the sunshine and opportunity to network.

We gained a new name for a familiar destination in the downtown core in July as Prestige Hotels officially hosted a Grand Opening for their latest property, the Prince Rupert Hotel. The North Coast location is just the latest in an ambitious expansion plan for the province wide hotel chain which provided for a major renovation it's Prince Rupert acquisition. 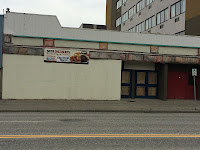 Along with the re-branding of the hotel, Prestige also announced that they had signed up the Mr. Mikes chain of restaurants to take over the space that once hosted the Johnny B's nightclub. The addition of Mr. Mikes finally offers a destination for the chain which had been looking for the right location for a few years, while no timeline for an opening was offered up, the pending arrival of popular chain will deliver one more option for Prince Rupert's dining enthusiasts to consider when it comes to their dining plans.

Terrace City Council has outlined some plans to update their business licence bylaw, something which could open up opportunities for a number of mobile food vendors to operate in the downtown core area of the city.

Prince Rupert's Cow Bay District celebrated the start of the month with the annual Cow Bay Days providing for fun throughout the city's tourist sector.

CityWest launched their search for a new phone book cover in July, beginning the process of accepting potential covers from the public. It's an annual tradition for the City of Prince Rupert owned communications company, one which has featured local photographers and their pictorial snapshot of North Coast life for a number of years.

July also saw one of the city's major employers announce a change to the listings of the Board of Directors, with Northern Savings Credit Union replacing Douglas Louis on the Board, with Trent Moraes stepping in to fill the remainder of Mr. Louis' term on the Board.

Setbacks in the time lines for North Coast LNG projects have had a spin off effect in the Terrace area, with the proponent of one hotel development putting plans on hold until the investment landscape in the region begins to become more clear. 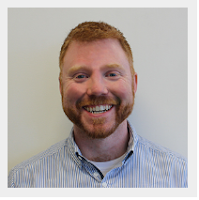 One of the city's auto dealerships welcomed a new General Manager this month, as Kevin MacCarthy returned to the city to take the helm at the City's GM dealership. The New GM fills in a long time gap in the management ranks as he takes over the Prince Rupert operations. The Prince Rupert location is part of the growing business presence of Terrace based MacCarthy GM, with the company having recently completed extensive renovations to the Portage Avenue location in Prince Rupert.


North Coast MLA Jennifer Rice offered up a salute to the Wheelhouse Brewing Company in July, in Victoria for the short summer session of the Legislature, the MLA spoke in the Legislature delivering some background on the local establishment and its reception in the community.

The City's cruise ship schedule is set for a significant bump upwards in 2017, with the Prince Rupert Cruise Ship advocates outlining some background to the added number of port calls for next year, which will number 25. As well Cruise ship officials in the city have expanded on their plans on how local tour operators and services in Prince Rupert become involved in the summer cruise season activities.

Pacific NorthWest LNG continued to cultivate links in the community through July, with the LNG developer hosting a Business after Business event at the end of the month, providing an update for residents and helping to connect suppliers on the North Coast.

July came to an end with Prince Rupert City Council setting in motion the final steps of the process towards introducing restrictions where Liquor, Beer and Wine outlets can locate, with a Public Hearing schedule for August 22nd to offer opportunity for the public to comment on the city's proposed 1 kilometre rule.

You will be able to find the archive for Taking Stock as a part of our larger page dedicated to the commercial sector of the North Coast found here.

We imagine we probably have missed a few here or there, so if you know of a business having opened, or seen the Going out of business sign appear somewhere in the area, drop us a line at our email account of northcoastreviewpr@yahoo.ca

Or send us a short message through our twitter feed of @CharlesHays
Posted by . at 11:55 AM