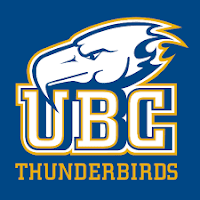 Prince Rupert's Justin McChesney could see his first action with the UBC Thunderbird basketball program tonight as the T-Birds take on the Charlotte 49ers at the UBC Gym.

The Charles Hays Rainmaker grad has been down in Vancouver  this week going through the paces with the Thunderbird coaching staff, as the launch of the 2016-17 CIS basketball season gets closer to start time.

As we outlined on the blog in May, McChesney signed with the T-Birds in June, joining the high profile Canadian university program with an eye on a CIS championship for 2017.

His decision to stay with in his home province and take to the court with the T-Birds was examined in a feature story in the Vancouver Province in late May.

The step up into the higher level of competition of the CIS will mark the next step in development for the highly touted player from the Prince Rupert basketball scene and provides a blue print for other players from the Rainmaker program to follow as they prepare for the Northwest basketball season. 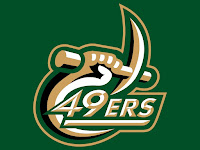 The 49ers, the opposition for tonight are led by head coach Mark Price a four time NBA all star who is leading the basketball program at the North Carolina university.

Some background the squad from the Charlotte campus can be reviewed here.

The North Carolina team has been highlighting their travels in British Columbia as part of their Twitter feed.

They continue their basketball tour with a match up against the University of Victoria Vikings on Monday, August 15th.

Tonight's match up is available for streaming through the CanadaWest portal, with tip off set for 6:55 PM.

As the 2016-17 sports season gets underway you can find our notes on the travels of those from Prince Rupert on our archive page here. As we have in the past, we will be on the look out for those from the North Coast that have move on to other areas to pursue their sports.

Updates will be part of the ongoing process as the various sports prepare for their season through the fall and winter months. You can offer up a heads up on who is going where through our twitter feed or contact us by email at northcoastreviewpr@yahoo.ca .

Update:  Notes on the T-Birds match up with the 49ers of Thursday night

Justin McChesney makes his Thunderbird debut against explosive Charlotte 49ers
Posted by . at 11:34 AM

Email ThisBlogThis!Share to TwitterShare to FacebookShare to Pinterest
Labels: McChesney set for UBC season with match up against Charlotte tonight at UBC gym