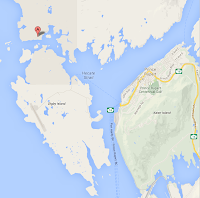 The Federal Conservative Government delivered some funding to five British Columbia First Nations on Tuesday, with the announcement from Bernard Valcourt, the Minister of Aboriginal Affairs and Northern Development that improvements are planned for a number of wastewater projects in the province.

Of interest to the North Coast will be the 3.7 million dollars destined for Metlaktla, where work will commence on a sewage treatment and disposal system for the community.

Construction on that much anticipated project is expected to get underway before the end of 2013.

The announcement of funding for Metlakatla was part of some 55 million dollars in funding that has been set aside to be provided to First nations across BC, the funding is for a number of related projects that started in 2012 and will continue on into 2014.

As the project moves forward, updates will most likely come from the Metlakatla newsletter, you can access the most recent edition here, the current edition offers up details on work on the sewage lagoon project in the community.
Posted by . at 10:27 AM