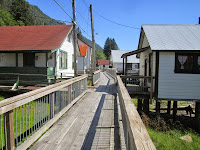 It's one of the top attractions in Northern British Columbia and if everything falls into place, the story of the North Pacific Cannery National Historic Site will be spread around the world, that as North Pacific seeks to gain status as a UNESCO World Heritage Site.

Prince Rupert City council members will learn more about the prospects this evening, as they consider adding their support to a request from the District of Port Edward to endorse the pursuit of UNESCO designation.

Success in their quest would certainly boost the profile of the Cannery site, as there are currently only eight UNESCO Cultural Heritage sites in Canada, only one of which is in British Columbia located at SGang Gwaay on Haida Gwaii.

In North America there are only 17 such sites, so should North Pacific be successful in their bid, they would be joining some rather elite company. 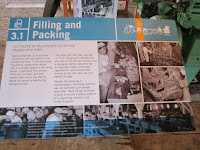 Andrew Hamilton, the President of the Port Edward Historical Society outlined the background on the UNESCO quest with a letter to the District of Port Edward, which they have relayed across the Northwest. You can review that information package from the City Council Agenda for September 30th, pages 23 to 25.

As he outlines in his letter, the North Pacific Cannery site was put forward by some heritage experts in the country, who have nominated the Port Edward Cannery site for consideration.

Beyond the honour of such a prestigious designation as a World Heritage site, achieving such status would certainly be helpful for the Cannery site in developing partnerships with the Federal government and be of great assistance in realizing financial and human resource stability for the Port Edward site. 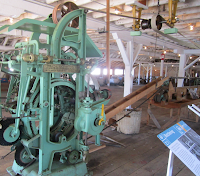 The North Pacific Cannery site is set to begin it's 125th Anniversary year, receiving word of progress on the bid for UNESCO status would certainly make for a major milestone for the staff, volunteers and Board members who have dedicated their work to preserving an important part of the history of the North Coast.

You can review more on the North Pacific Cannery Historical site from this link to their website.

To learn more about the proposal, these links to the UNESCO site and for the Canadian sites listed thus far offer up some background and what a UNESCO World Heritage Site designation could provide for.

With a lot of hard work and support, perhaps The North Pacific Cannery Historical site will join some pretty distinct company and become World Heritage Site number nine for Canada.