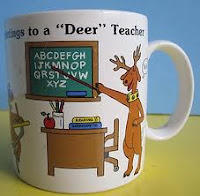 One gets the impression that perhaps instead of Christmas Cards in December, the School District and the Prince Rupert District Teachers Union exchange lumps of coal in the gift giving season, such seems the level of distrust and disillusionment surrounding education in Prince Rupert these days.

While students across the District prepare for their Christmas concerts in this season of goodwill, the two sides in what seems like the longest parade of labour angst in the province continue on along their path, the latest salvo the symbolic motion of non-confidence recently issued by the PRDTU.

In their motion, the Teachers Union pointed to the ongoing presence of Dave Stigant as one of their main concerns of School District financing not being directed to more useful purposes. Mr. Stigant, a consultant with School District 52 has been in his position dating back to the controversial and for the most part unexplained departure of Eric Mercer back in 2009.

As we recounted earlier this month, he arrived back at the School District after SD52 contacted Gary Doi in the Okanagan for advice on staffing requirements.

At the time, Mr. Doi forwarded the name of Mr. Stigant as a temporary Superintendent to bridge the departure of Mr. Mercer, prior to submitting the name of the current superintendent Lynn Hauptman to fill the post on a permanent basis.

Yet three years later, Mr. Stigant seemingly still holds much sway over local educational matters, called upon to assist the School District in the growing file of grievances launched by the Teachers' Union. A task for which he receives fairly significant compensation, money that the Teacher's Union suggests could be better re-routed towards education in the community.

Those grievances are proving to be a costly expense for the School District, an expense that the PRDTU suggests could better be spent on students, rather than the ongoing skirmishes with the District's teachers.

Included in those grievances, the infamous Yertle the Turtle debate, which briefly put the Prince Rupert School District in the international spotlight, perhaps not for all the best reasons.

Other issues of concern that led to the latest motion of non confidence include severance packages for past administration, and the perspective from the union, that the School District is exhibiting a level of disrespect to teachers.

The head of the PRDTU Joanna Larson, who is currently seeking the nomination for the NDP for the North Coast riding, expressed frustration on behalf of her membership over the approach that the School District is taking with the local teachers and the tumultuous relationship between the teachers and the Board of Education.

To that end, one should look no further than to Ms. Larson's twitter feed which expressed disappointment at news of  the re-election of Tina last as the Chair of the Board.

The latest flare up on the educational labour front has not escaped the notice of the Vancouver Sun's Janet Steffenhagen, who has catalogued much of the previous drama surrounding the departure of Eric Mercer in her Vancouver Sun educational forum.

Her archives make for a helpful guide to some of the background that stretches back some four years now.

The Northern View also provided a pair of local reviews here and here on the latest development in the ongoing troubles between teachers and administration.

We're not sure what to make of it all, clearly there would seem to be a large volume of issues that need to be addressed on the local education front.

One thing seems certain however from all of this late December drama, the concept of letting Auld Acquaintance be forgot, and never brought to mind, just won't be on the agenda when the New Year arrives.