Wolf interactions on the rise 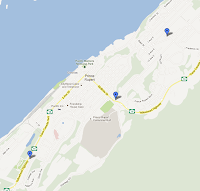 It's been a busy few weeks for Conservation Officers and members of the RCMP as reports of wolf incidents are on the rise and the some times drastic measures required to take care of the problem continue on.

Since the reports of more brazen wolf interactions with humans and their pets first started in November, there have been three incidents of note that have captured the notice of residents of Prince Rupert.

The unfortunate shooting of and subsequent death of a family pet, a wolf/dog cross in McClymont park back on December.

At the time, it was believed that with the dispatch of the one troublesome wolf, the number of sightings would decrease, but that has not been the case.

Leading to the latest incident of December 23rd, when RCMP officers shot a wolf on the east side of the city, near Camarillo Lane and Frederick Street.

Over the last two months, there have been over 70 calls to the Conservation department reporting wolf sightings, with a number of other calls directed to the RCMP.

The topic even became an item of discussion at the November 26th City council meeting, with the advice from City staff that any reports of wolf sightings should be directed to the Conservation service at 1-877-952-7277 or if a more imminent concern to contact the RCMP.

We reviewed the issue of the numerous wolf reports of the last two months on December 20th, judging by the ongoing nature of events some seven days later, we imagine this will be an issue of note for residents through the remainder of the winter months.
Posted by . at 6:26 PM