The weekend rains made for many issues for Northwest travellers and one major North South corridor is among those dealing with the fury of Mother Nature with a huge mudslide near Bell2 having closed highway 37 North. 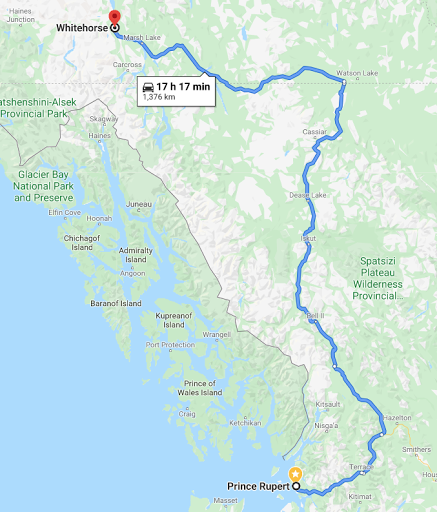 The road will remain closed as highways personnel decide on the next steps, making for a significant detour through Prince George for those travelling North or south in the Northwest. The next update on the Bell2 situation is expected at 1PM.

A slide presentation of the location can be explored here.

Also in that region of the Northwest an advisory is now in place for residents of the Meziadin/Stewart areas with high water causing erosion and flooding along that portion of the highway.

As we  noted over the previous 48 hours,  the weekend rains had an impact in the Prince Rupert area and the Nass Valley as well.

Saturday night, an overflowing ditch made for challenging conditions along Highway 16 at the Port Ed Turnoff as well as for the road into the District.

The Nisga'a Higway was closed on Saturday night following a rockslide between Laxgalts'ap and Gingolx, traffic was travelling through that area by noon on Sunday.

Further notes on items of interest around the region see our archive page here.