With election looming MLA Gary Coons heads for the sunset 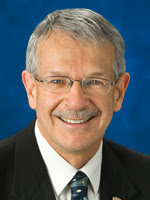 While NDP supporters seem anxious for the May election to arrive, the local office will be looking to a new face to carry the colours into electoral battle in 2013.

Gary Coons, the North Coast MLA for two consecutive terms has advised that he is set to retire from provincial politics, clearing the way for a new candidate for the North Coast seat, one that most political  observers suggest is about as safe a seat as the NDP could have in the province.

While there has been little surprise at the volume of Liberal MLA's hanging up their hats with the election (and some suggest electoral defeat) looming, the announcement from NDP MLA's taking their leave from the Legislature does catch the eye as interesting.

Coons, was part of a group of NDP MLA's which worked to remove one time NDP leader Carole James from her post ,  leading to the arrival of the eventual successor Adrian Dix, in an interesting bit of timing, the North Coast MLA takes his leave as the prospects of an NDP government have never seemed better.

Even the lure of a potential cabinet spot should the NDP prove successful in May, was not enough to send the MLA and former long time Prince Rupert School District teacher back to the hustings for one more campaign.

Though there will be a nice financial cushion for the soon to be Ex MLA, for their public service as MLA's, eligible candidates qualify for their rather generous legislative pension plan after but six years of elected service.

They do however have to wait a wee bit before collecting on those pensions, former MLA's who qualify can collect at age 65 or take a reduced amount at age sixty, regardless it still does provide for some nice financial planning for the future.

The provisions for MLA pensions have been one of the main burrs under the saddle of the Canadian Taxpayers Federation, which slams MLA's of all parties in the Legislature for the nature of their generous payouts.

With his departure from the provincial scene the names are already being tossed around the North Coast as to who will claim the nomination for the NDP, the apparent front runner at the moment is City Councillor and environmental activist Jenifer Rice.