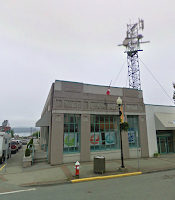 A power outage on Wednesday night in the Yukon has had some long lasting and long range effects, including knocking out CityWest's cellular and data services.

The power failure which struck the Yukon on Wednesday lasted only four hours, but when the lights came back on, one by one the telecommunication backbone of the Territory began to crumble.

As the night moved into Thursday, Yukon officials were still seeking answers to the problem, which has Northwest Tel the communication provider in the Yukon scrambling to get things back on line.

The disruption to the north has also had a major impact in Prince Rupert, for those using the CityWest Cellular service, CityWest uses Northwest Tel as its partner in cel service, the service interruption has CityWest customers unable to use their cel phones or send text messages.

No information on the disruption including any kind of time frame for the resumption of service has been provided on the main CityWest website nor on its Latest news section, or the section dedicated to Service Outages.

Update: The Northern View advises that CityWest service had been restored by Thursday afternoon.
Posted by . at 1:30 PM