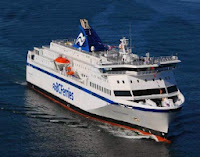 The majority of this week has found representatives of BC Ferries and the Ministry of Transportation travelling on Haida Gwaii, taking part in a number of public sessions designed to get feedback from residents there  regarding the proposed cutbacks and service reductions to the Ferry Service announced last month.

The Public sessions are part of the Community Engagement portion of the process and were held from Monday to Wednesday on the Islands.

During the course of the last three days, many of Haida Gwaii's residents have weighed in on the topic at hand.  Providing the travelling party with many of the same themes, that they have heard from other communities along coastal British Columbia.

Last week, both Jennifer Rice and Nathan Cullen, the provincial and federal political representatives delivered their verdict on the BC Ferries service plan. Providing their thoughts on how the cuts may impact the region.

This week though, it's those that have the most to say and most to lose that have weighed in. As the residents of the region took to the microphones, using the sessions as a way to outline how the cutbacks will affect  life in the Northwest.  And in particular the impact that the cuts will have on the lifeline that the Ferry Service provides to Haida Gwaii.

The Haida Gwaii Observer provides a fairly good snapshot for us of the anger and disappointment from  the Islands, and what residents feel about the plan that was introduced last month.

Ferry Cuts will Hit School District hard: Superintendent Wilson
Islanders Speak Out Against Ferry Cuts "You Are Shutting Down The North"
Charlotte Residents Speak Out. Did Ferries Listen?

Perhaps the best indication as to the nature of the ferry service today and what residents may expect in the near future, was an item on the Haida Gwaii sessions that was reported by CKNW Radio last night.

It was a short, but rather  informative anecdote, that outlined how the members of the Community Engagement group had to travel to Haida Gwaii by plane, as the Ferry schedule didn't work for their planned sessions.

That one item from the travel itinerary of the week, highlights the nature of the travel schedule that residents between Haida Gwaii and the Prince Rupert terminal have to work with from week to week.

And unlike Ferries and Government representatives, most of those on the Islands and the North Coast don't have the financial resources available to take to the air on a regular basis.

With that  review of the Haida Gwaii sessions as an exclamation mark, the group moves on to Prince Rupert tonight for their final meeting on the North Coast.

Tonight's session takes place at the Crest Hotel, it is scheduled to run from 5 until 8 PM.

As they wrap up their stopover on the North Coast, it's probably safe to expect that they will hear much of the same tone of conversation tonight. With Prince Rupert residents preparing to take their opportunity to share their comments with the delegation, as to the impact that the cuts will have on northwest communities.

You can review what these Community Engagement Sessions are all about from our blog item of November 26th, which provides some background on the points for discussion and what the process is all about.


Items of interest on the theme of BC Ferries and its Northern routes: