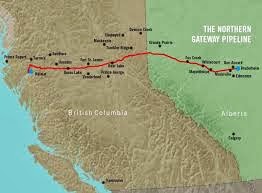 After more than two and half years of hearings and conversations across British Columbia decision day it seems is finally nigh.

The process of consultation from the Joint Review Panel was launched in May of 2010, when they began their assessment of the then recently filed Northern Gateway Pipeline Project Application.

From that starting point,  the panel members crossed the province to seek out comment on the potential impact of the project, included on their schedule were a number of sessions in Prince Rupert from December 2012 to April 2013.

Those were public forums that featured countless presentations, technical information reviews and occasional protests. The panel members receiving much in the way of input from those that were in favour and those that were opposed to the proposed pipeline.

Sessions that at times were emotional, with flashes of anger dotting the proceedings along the way.  All of it now part of the considerations that will go into this final report.

The document to be delivered Thursday, will be one which provides for the next chapter on one of the most controversial of industrial projects in British Columbia history.

The clock is now ticking with much anticipated announcement set to come at 1:30 (PT) on Thursday afternoon.

With tomorrow's decision looming, a number of items on what may come have been delivered by a wide range of media outlets.

All of them will be back on Thursday and in the days to follow, ready  to provide a full review of the report and the fall out from it.

The previews for Thursday's announcement can be found below.

By the time that Thursday afternoon's presentation comes to an end, no doubt some will feel as though Gold (Black Gold if you will) has been delivered to their Christmas stockings, while others will be left with the feeling that lumps of bitumen have been deposited.

Who feels which way will be a lot clearer come Thursday afternoon.

To review the trail towards Thursday's decision day, you can wade through the lengthy list of items from our Enbridge Northern Gateway Pipeline Project archives.

If you start right now, you may just wrap up your reading by the time they sit down at the microphones tomorrow afternoon.

You can review that archive here.

Not to be left out, Enbridge itself has been busy compiling items of interest for it's website dedicated towards the Northern Gateway Pipeline, you can review all of those contributions here.

The Joint Review Panel has much in the way of documentation on their two and a half year journey posted to their website, it's from that portal that Thursday's final report will be delivered