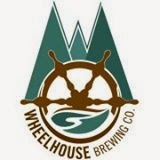 Prince Rupert's newest addition to the commercial scene opened its doors over the holidays, with the Wheelhouse Brewing Company welcoming customers to their location just above the Atlin Terminal on December 20th.

The new brewery, which came about through the planning of James Witzke, Kent Orton and Craig Outhet,  is part of an explosion of smaller, craft based breweries to be found across Canada of late.

Offering up an local alternative and in the case of Wheelhouse Brewing, a sense of something just a little bit different for the city and its beer aficionados.

The Prince Rupert based craft brewery which has been a much anticipated destination for the city's entertainment and social life, has been busy over the last ten days preparing some of their finest stock, just in time for many a Rupertite's New Year's celebration.

While you can stop in for quick ale and take in the ambiance in the way of a nod to Prince Rupert's seafaring life, you can also take home some of the house ales for your own celebrations of Tuesday evening and the arrival of a New Year. 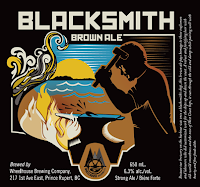 Among some of the selections that have come through the brewery lines so far are Gillnetter Golden Ale, Flagship Pale Ale and Blacksmith Brown.

Though we're pretty sure if you were to make a quick stop at the Wheelhouse for a chat with the owners/brew masters/dishwashers,  much more than a thumbnail guide will be outlined for you. Giving you a much better idea as to what's available for your New Year's celebrations and what may be planned  for the location for the New Year.


To put the cap on 2013 the hours of operation will be Noon to 5 PM on Monday and Tuesday. 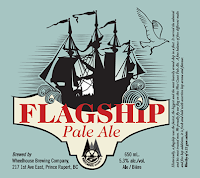 You can learn more about the Wheelhouse Brewing Company from their Facebook page and twitter feed, both of which feature some background on the project, as well as some photos of the progress along the way to the opening of last week.

The arrival of Wheelhouse Brewing has already paid dividends for the brands they offer, with some local dining establishments making plans to provide the local brewery offerings as part of their drink menu selections.

No doubt the trio of owners have plans for a Grand opening to be arranged for the New Year, the last few weeks offering them the chance to work out the surprises that such ventures provide for in the breaking in period.

While it may have taken a little longer than the owners (and would be patrons) may have wished for to launch the great adventure, with the doors and the taps now open, the unique Prince Rupert destination should find 2014 to be a rewarding and prosperous experience.

You can find out more about recent commercial sector developments from our archive page
Posted by . at 10:43 AM