Universities and Community Colleges to lose ESL funding in 2014 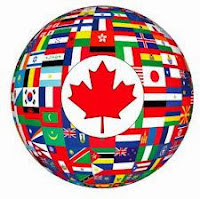 A decision by the Federal Government to reduce funding for immigrant language education, may have a major impact on post secondary education for a number of community colleges and universities across the province.

The Federal Government has recently cancelled the Canada-BC Immigration Agreement, a program which funded language training at the post secondary level. That program will apparently come to an end on March 31st, the replacement that the Federal government has in mind has yet to be revealed.

The province it seems, is as much in the dark on the Federal plans as the post secondary institutions are, Amrik Virk, BC's Minister of Advanced Education issued this statement on the evolving situation of ESL funding.

The funding shortfall of 17 million dollars is expected to be passed along to those community colleges and universities that provided the language instruction. Already, some institutions in the Lower Mainland and on Vancouver Island have outlined that this change will bring layoffs to staff associated with the long running programs.

ESL training, (English as a Second Language) will still be available at not for profit and community group levels, though it's not known if this is the method that the Federal government will direct any future funding towards.

In the Northwest, ESL courses are provided by the Prince Rupert campus of  Northwest Community College

What effect the funding cutback from the Federal Government will have, if any on NWCC programs has yet to be outlined by the college.

Email ThisBlogThis!Share to TwitterShare to FacebookShare to Pinterest
Labels: Federal funding cutbacks to ESL training in BC