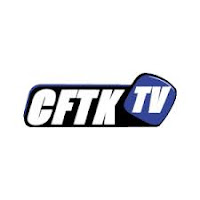 February 22nd will find a very different view for those that turn on their TV's and seek out Terrace's TV 7, as Bell Media shifts its network affiliation, moving away from CBC affiliation and taking on the programming provided by the CTV 2 Network.

The Terrace based station outlined some of the changes ahead with a short note yesterday through its website, facebook page and twitter feed, listing some of the new programs that will soon be found from the local channel.

It also outlined the changes to come with this item from last night's 6 PM Newscast.

On the local news front, while the TV 7 news will remain at its 6 PM start time, with plans to feature the new gathering options available from their new  CTV News affiliates.

As well, the local news magazine program Open Connection With Robert Pictou will be moving to a new time slot of 5:30 PM.

Those that have been watching the supper hour news will also have taken note that the Terrace station has hired on a new reporter for the North Coast, with Emad Agahi taking the place of Christa Dao who departed for Saskatchewan in December.

Agahi is a graduate from BCIT's Broadcast and Online Journalism program and joins CFTK after having worked as a Video Journalist and Radio reporter in Vancouver.

Agahi had a bit of a baptism by fire upon his arrival, with his early days on the North Coast coinciding with the popular and quite busy All Native Basketball Tournament, you can sample some of his work from the tournament here.

For more items related to North Coast media issues see our archive page here.
Posted by . at 8:28 AM

Email ThisBlogThis!Share to TwitterShare to FacebookShare to Pinterest
Labels: Changes for CFTK TV