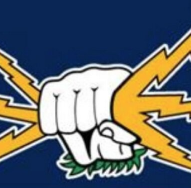 It's crunch time for the Charles Hays Basketball program with two of the school's teams taking to the road this weekend, looking to bring a Northwest Zones banner back to the North Coast.

The 2015-16 season seems to have breezed by, the tournaments and fundraisers, practices and road trips now all part of the past, the focus on a winner take all weekend fast approaching.

The Senior Girls team is off to Terrace this weekend, looking to punch their ticket to the Provincial championships in Langley in March.

The road to Provincials however is one which finds the Senior Girls up against some tough competition in the Northwest, making for a challenging weekend of basketball ahead

The Rainmakers have had some strong efforts through the winter and should make this weekend a good one for Basketball fans in the Terrace area to take in.

The Junior Boys also have their eyes fixed on bringing another banner back home, with the Rainmakers heading into Smithers for the weekend, with some familiar rivals the only thing between them and another trip to Langley and the Big show of BC High School basketball.

As it has been in the past, one strong contender that the Rainmakers will have to deal with will be the Skeena squad, a long lasting rivalry that has provided for some fairly intense but highly entertaining basketball in years past. Another potential showdown between the two teams is something that could add another chapter of that story before the weekend comes to an end.


The Senior boys are putting the final touches on their training sessions, with the Senior Zones championship coming up next weekend in Terrace.

You can follow the latest news from the Rainmaker camps through the CHSS Sports Twitter feed, where scores should start to flow as the weekend competitions get underway.

For some background on the Rainmakers this season see our archive page here.

Email ThisBlogThis!Share to TwitterShare to FacebookShare to Pinterest
Labels: Rainmaker squads on the road for two zones championships this weekend