The first of the City of Prince Rupert's two pronged approach to collecting taxes has begun, as residences and businesses around the city begin to receive their annual utilities taxation notices.

The invoices for Water, Sewer and Garbage services were issued as of February 6th, with a deadline of March 31st for payment, which provides taxpayers with a ten percent discount from their total amount for those that pay before the deadline. 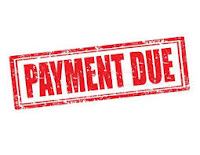 On average the increase to all three of the utility charges would come in at around 20 dollars for each utility, or sixty dollars more from this time last year.

It provides for a slight increase from the pattern of similar increases for residents that have been found over the last five years.

Once residents have paid off their utilities commitments to the city at the end of next month, they can start putting some money aside for the next round of tax collection.

The city's property tax notices will be going out later in the spring, with a July deadline for payment on those totals. Council will fix their level of taxation for property taxation as part of their budget deliberations through the next few months.

In December, Council received a first glimpse of that budget planning from City staff, with a report that outlined the challenges ahead for 2016 and the anticipation that the city will require at least a 2 per cent increase to the property tax mill rate to cover capital needs for city operations.

City Council is about to enter the discussion phase of their 2016 Budget decision making, residents of the city will have their chance to provide their feedback on budget issues as part of a public information session in the months to come.

No timeline has been released by City Council as of yet, as to when that community engagement will take place.

For more notes on City Council discussions see our archive page here.
Posted by . at 8:09 AM

Email ThisBlogThis!Share to TwitterShare to FacebookShare to Pinterest
Labels: City utility bills arrive around the city