Members of BC Lions make tour of Northwest schools 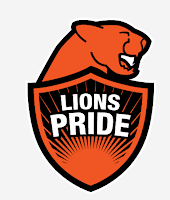 Three members of the Canadian Football League's  British Columbia Lions were on another lengthy road trip this week, one a little different from what their normal day job would provide, as they arrived in the Northwest on a speaking tour of area schools to stress the need to make positive life choices and seeking out alternatives to gang life.

Wide Receivers Emmanuel Arceneaux, Stephen Adekolu and Defensive Back Eric Fraser were the the trio of Leos that came North for the week.

The three started their tour in Terrace on Tuesday, with a stopover in Kitimat on Wednesday before heading down Highway 16 to Prince Rupert for two sessions here on Thursday.

While in the city, the three Lions held sessions at Charles Hays Secondary School and the Pacific Coast School downtown, sharing their message with students and staff from both schools.

Eric Fraser was quick to the twitter streams this week with updates on their tour, with a couple of photos highlighting the stopover in Prince Rupert.

The Lions Pride program which is delivered through the BC Lions, provincial government and Coast Capital Savings, with the Lions sending members of the football team across the province to deliver the program's message.

CFTK TV 7 aired this feature on their trip earlier this week.

This is the seventh season for the program which is designed to focus on students from grades eight through twelve, you can learn more about Lions Pride here.

It wasn't the first time for one of the Leo's to visit the North Coast, Emanuel Arceneaux made the trip north one year ago.

While it's only February, the Lions will soon be turning their attention to the pre-training camp period as they get ready for the 2016 season, yesterday the Lions released their schedule for the season to come, you can check out when they'll be home at BC Place from the Lions website.

Email ThisBlogThis!Share to TwitterShare to FacebookShare to Pinterest
Labels: BC Lions tour the Northwest as part of Lions Pride program