Small Business Committee plans remain stalled, with a workshop the next stage to find momentum

It was strike two for Councillor Blair Mirau's attempts to create a Small Business Committee at City Council on Tuesday evening, with Councillor Thorkelson once again finding a few flaws in the proposal, particularly with the focus on how much access the city's business community might have to Council and city staff.

Things started out promising, with Councillor Mirau outlining the new language and purpose of the proposed Advisory Committee, noting that the consensus he believes Council has indicated to him, is to continue to encourage development within our current urban footprint, something that the those selected to joint the Advisory Council would have to subscribe to as well. 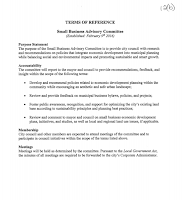 Councillor Cunningham offered up some initial positive thoughts on the revised talking points, inquiring as to how the process of appointment would be made, with Councillor Mirau suggesting an open resume approach to selection, adding that seats could be reserved for those groups and institutions that Council might wish to see as part of the Committee.

However, despite the revisions from the second attempt, Councillor Thorkelson still had many of her concerns from the previous council session. Focusing once again on the concept of the business community having special input on some of the city's policies and projects.

The main concern that Councillor Thorkelson has with the proposal is related to her impression that it provides the Chamber of Commerce, or members of the business community an inside door to Council.

Noting that if she had suggested the concept of a Prince Rupert Labour Advisory Committee having that same kind of access, council most likely wouldn't have much to do with that.

She also provided a further review of some of the other terms of the proposed committee and how she doesn't believe that the business community should have a role in areas of land base use and sustainability.

However, she was strongly against any idea that suggests that the Chamber of Commerce become a committee that the city has to run all of its ideas and policies by. Stressing that she wasn't against a Small Business Committee, but that it should be limited to dealing only with issues that affect areas of interest to small business and not the wider concept that had been outlined.

"I'm not supportive of something that is so general as to, I will feel that I will have the business community breathing down my neck when we want to talk about economic development planning ... Is this committee going to know more than council, if I don't attend all the business meetings? If business wants to come and talk about stuff, they're always welcome to come and talk about stuff, we've made that clear in the past and I don't think this council is going to restrict the business community from making presentations."

Councillor Mirau tried to offer up some clarification related to how Councillor Thorkelson interpreted the terms of the Committee and the impact that Small Business involvement would have on the City's day to day responsibilities.

Councillor Cunningham, picked up on a theme of what small business might be seeking from city council and city staff, noting that those business operators that he has talked with, mainly had concerns on such things as bureaucracy, red tape and bylaw issues in the community.

Councillor Thorkelson's observations on the Committee plans also provided for the second heated exchange of the night between herself and the Mayor, as Mayor Brain offered comment related to her interpretation of Councillor Mirau's plans, stating that he didn't see any problems with the wording at all. Adding that the City needs to solicit support from all areas of the community.

"I don't actually see a problem with the wording at all, There's a ton of smart people in our business community ... we're not asking the Chamber of Commerce to be involved, we are asking people in the community who are smart,  business savvy people to look at how we can develop our land base and why not  ... they have good ideas of things on what we should be doing ... the intention from what Councillor Mirau is saying is to harness that brain power" --- Mayor Brain offering his support towards the formation of a Small Business Committee

Councillor Thorkelson returned to her concerns over the access that the committee would provide to just one sector of the community.

"You guys and I are from two different communities I guess, it just seems to me that you're just digging a bigger and bigger and bigger hole to say that we need to bring the business community in because they have a bunch of good ideas ...  why don't we bring CUPE, or the Carpenter's union to get their good ideas.... why, just because someone puts in fifty dollars and gets a business licence all of a sudden they become knowledgable?"

On those thoughts, the Mayor noted that she or any member of Council was free to form a committee to address issues of concern to them, noting that Councillor Mirau has a passion for small business issues.

He followed up his theme noting that other communities have programs such as this and how progress can be found by working collaboratively with the people around you.

She then reinforced her concerns over how she sees the proposal as setting up a process where the Business community has inside access to a range of civic issues, some of which wouldn't be discussed in public, something that she notes past councils had worked to try to prevent.

The Mayor's final comments in follow up touched on how City Council had approached the issues over the last ten years.

"As we can see from our downtown core, I'm not sure that the last ten years strategy has been working"

From that point Councillor Randhawa suggested putting the plan aside for the moment and taking the issue to a City Council workshop with staff.

That suggestion it would seem, would make for a process that would be outside of the regular council sessions. Allowing for further time away from the limitations and overview of a public session, to try and resolve the split on Council when it comes to the terms for the committee.

The rejected terms for the Committee can be viewed from the City's Agenda package found on page thirty one.

You can review the full discussion from the City's Video Archive it starts at the 1 hour 1 minute mark.


For an overall look at Tuesday's Council session see our Timeline feature here.

For more items related to City Council discussions see our archive page here.
Posted by . at 10:49 AM

Email ThisBlogThis!Share to TwitterShare to FacebookShare to Pinterest
Labels: Small Business Committee plan to go to workshop for further discussion