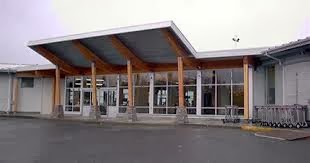 Starting in May there will be one more flight in and out of Prince Rupert's Digby Island Airport, as Air Canada introduces a third flight between the city and Vancouver for the Summer season.

The additional flight was announced last week, with airline adding a late afternoon option to the morning and evening flight schedule.

The afternoon flight will depart from Vancouver International at 2:30 PM with arrival in Prince Rupert at 4:31PM.  The trip south will leave YPR at 4:55 PM, arriving in Vancouver at 6:50 PM. 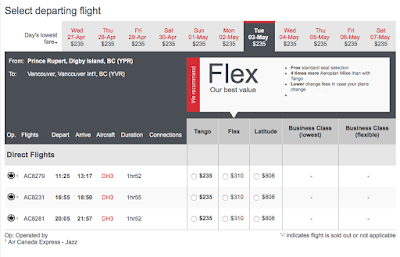 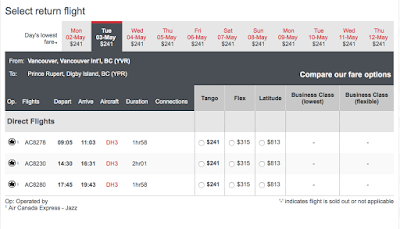 According to a short note on the Chamber of Commerce Facebook page, the new flight option is set to take effect as of May 2nd. 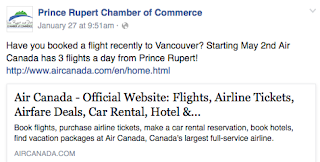 The move to increase the air movements out of the Digby Island airport comes after Terrace based Hawkair suspended its air service to the community in December, noting at the time that they would re-assess their situation in the spring.

More on Air Transportation notes in the Northwest can be found on our archive page.