What may be one of the softest launches for a Prince Rupert business in recent memory has been rolling on these last few weeks, with the city's second retail cannabis shop opening its doors on the edges of the downtown core.

Five Corners Cannabis opened for business earlier this month, located at the cross roads to the West side that first appeared on the horizon in November of 2018 when the city redrew their original cannabis zone to add the Five Corners area. 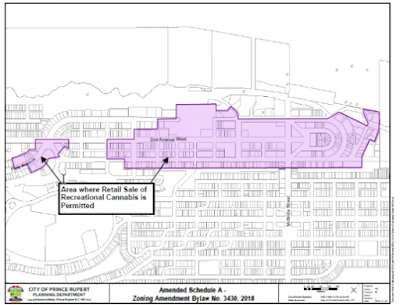 The ownership of what appears to be the application once known as High Culture, now Five Corners Cannabis, has launched their new venture in a new era of social distancing, which probably was not something that they had factored into their business plan towards Opening Day. 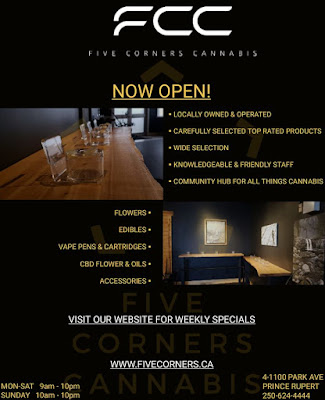 Word of their opening has come mainly through Social Media and through their Facebook page, where a number of new posts highlight some of the features of their new venture.

One item of note is how Five Corners Cannabis outlined how they are approaching sales in these COVID-19 times, introducing a call in and pick up program for the community. 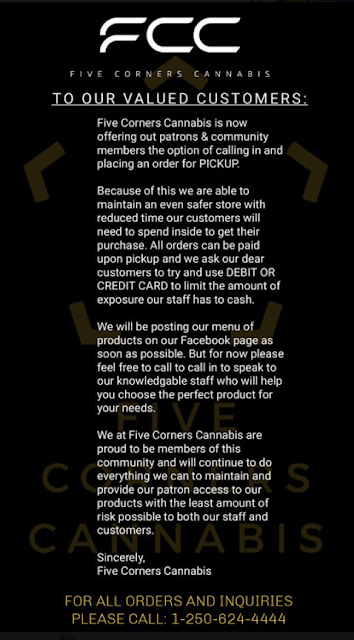 You can learn more about their business through their introduction by way of their website, as well as through a stream of information on their Facebook page.

Five Corners Cannabis now joins Clarity Cannabis on Third West when it comes to retail locations in the city.

Still to be seen, is any progress on a BC Government Cannabis location, which was proposed for the BC Liquor location at McBride and Second Avenue West.

For a look back at some of the history towards the introduction of the Retail Cannabis industry to the city see our archive page here.