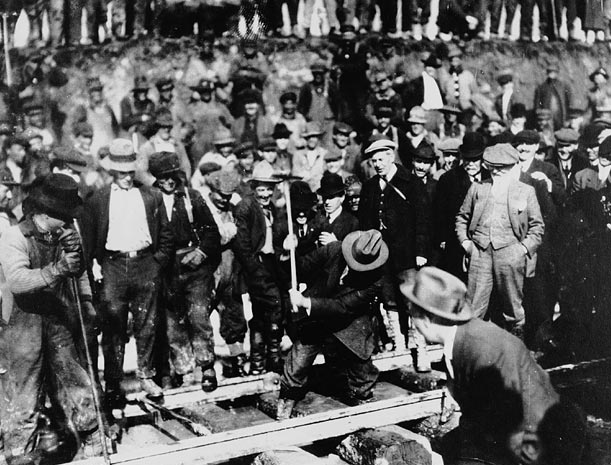 Charles Hays would no doubt like what he would see today, his vision of last century of a grand national railroad on a northern route is one that has now been long completed.

But, unlike what he had in mind 100 years ago. It wasn't in the last century, but in the early years of this one, when his railroad and the port it serves came into their own.

It was one hundred years ago today, officials of the Grand Trunk Railroad pounded in that last spike, connecting eastern Canada with the west and laying the foundation for the age of the Pacific that the Port of Prince Rupert and Northern British Columbia is enjoying today.

Mr. Hays, as any Prince Rupert student could tell you never lived to see his much of his vision take shape, perishing on the Titanic. A tale that can be found in any number of books about Prince Rupert (or on the base of the statue at City Hall)

However, while the dream of a large metropolis for the North Coast never quite came to be (as of yet anyways), his railroad finally has realized its potential.

It's that story of Grand Trunk that is being celebrated today, 100 years that have seen some significant changes to the entire Northern corridor.

As we outlined on the blog in February, the commemoration of the Northern version of the Last Spike is even being held on the railway, with a special rail trip having made its way across the Northern Line of VIA Rail though the last week, timed with the history of the occasion in mind.

(Travel writer/blogger Martin Flanagan has been following the tour, his twitter dispatches and photos can be found here) 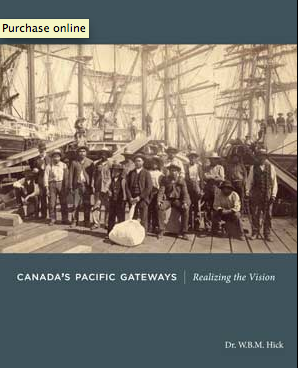 For those that wish to delve a little further into the history of the Grand Trunk and the Port, there is a wealth of information out there to bring the story to life.

There's been a Renaissance in recounting Prince Rupert history of late, with much to discover from the twin projects of Dr. W.B. M.  Hick

As well, the story of Prince Rupert and the railroad has been the featured aspect of past reviews.

Tales of a pioneering lifestyle of the region as told through the past remembrances of the works Dr. R. G. Large and of Phyllis Bowman.

Both of those authors as well invested much time in charting the development of the region, a good portion of it with a focus on the railway and the port.

For a larger overview of the Grand Trunk story, some of the items below make for a good starting point to learn more about the importance of the railroad to the Northwest.