While NWCC says No, others put Enbridge money to work 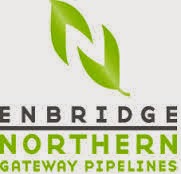 There still may be some good news to come for the 70 plus Northwest community college students who originally indicated their interest in a bursary proposal from Enbridge Northern Gateway.

While the six bursaries to be awarded through NWCC have officially been turned down by the college, it may not be the end of the story.

Enbridge it appears, is looking for a way to give those seventy some students an opportunity to access the six opportunities for a share of 15,000 dollars in funding that they had offered the college, though it won't be through any official NWCC channels.

Last week, Enbridge spokesman Ivan Giesbrecht outlined that it came as a surprise when it was revealed that NWCC had reversed their original acceptance of the bursary program.

A move which as we outlined on the blog was made in March after the NWCC Board met in a spirited session.

As Enbridge works to find a way to deliver its available money to students wishing to continue their studies at Northwest Community College, perhaps we should take a look at how other institutions look at bursary funding from that source.

While NWCC turned down the Enbridge money that the company offered, that's not the case at some other fairly prominent education institutions across Canada.

Below is just a sample of some of the universities and colleges in the Western Canada, that have accepted those Enbridge dollars and put them to work in benefit of their students.

The University of Winnipeg offers a 1,500 dollar scholarship as part of their Aboriginal Student Funding program

The University of Saskatchewan makes available a large number of Enbridge Bursaries, each of  which total 1,000 dollars, all of them destined for a wide range of programs offered at that university.

Also in Saskatchewan, the Weyburn Campus of Southeast College outlines the nature of a pair of Enbridge related bursaries available for their students.

Mount Royal University in Calgary offers an Enbridge Scholarship for Aboriginal Leadership, which is nomination based and does not require an application.

The students association at the Alberta's College of Art and Design is quick to highlight the availability of a 5,000 dollar award which will be presented in May of this year.

There are many others to be found, with scholarships, bursaries and donations made available by Enbridge for a variety of programs from a fairly impressive list of educational institutions.

A simple google search with the terms "Available bursaries and scholarships from Enbridge" will deliver many, many more universities and colleges across Canada that have accepted Enbridge dollars this year and in the past, seemingly without much of the drama of the last two weeks at NWCC.

In an era of rising tuition costs, (UNBC recently announced that their tuition for 2014-15 will increase) as well as the many incidentals that make attending post secondary school a financial challenge for some, it's a bit baffling as to why NWCC would turn down the fifteen thousand dollars that Enbridge was offering.

Residents of the Northwest, should be provided more background on the controversy from the college and how it is in this case, a bursary donation of significant value and  one which clearly had  been well received by the student body was not accepted.

While at the same time, other bursary donations from other industrial groups have been accepted in the past.

Even more of concern for the point of view of the college, should be the impression that they are providing to other potential sponsors of bursary and scholarship programs. Some of which may choose to offer their corporate  opportunities to more welcoming institutions.

Anytime an opportunity is offered to help students reduce that burden, one would think it should be taken advantage of. Something students and their parents may choose to remind NWCC, should the tuition and other associated costs in the Northwest go when September arrives.

More on post-secondary schooling issues can be found on our Education archive page.