Infrastructure talk the concern of two of three Northwest MLA's 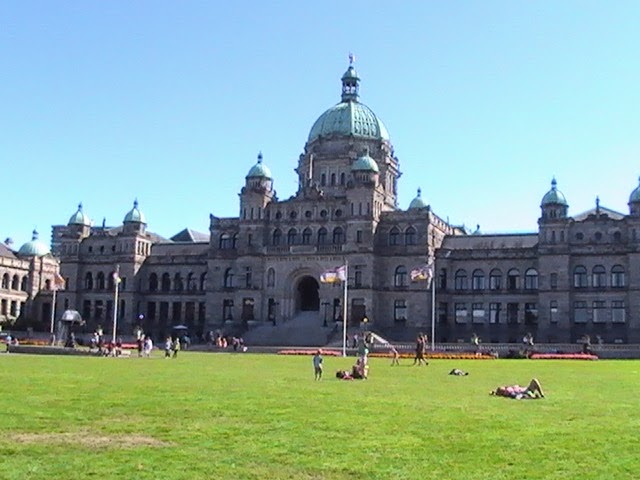 They were talking infrastructure again in the Legislature last week, as concerns over aging bridges, roads and community structures were introduced by some of the Northwest's MLA's.

With the Northwest the hot spot for a potential economic boom, MLA Robin Austin from Skeena peppered Transportation and Infrastructure Minister Todd Stone with a number of questions, ranging from the condition of a bridge in Kitimat, to the state of highways in the Nass Valley and south to Kitimat.

My question comes, really, from the Nisga'a Nation that I represent. Highway 113, or the Nisga'a Highway, heading north from Terrace into the Nass Valley is, of course, the only route in for all of the four communities of the Nass Valley. It is a schedule C highway. Notwithstanding the population of the Nass Valley, I would like to know if there's any work being done in the ministry to think about upgrading that from a C to a B in order to increase the amount of maintenance in the winter.

I'd like the minister to be aware, in case he hasn't been there, that the entire Nass Valley does not even have a grocery store. When folks in Kincolith want to get milk, bread, eggs, anything, they have to drive all the way through the Nass Valley down Highway 113 to Terrace. It's a question of a large number of people living in a remote place with winter conditions that are stronger than those living in Terrace on Highway 16. They're worse conditions. The highway goes past two large bodies of water and, therefore, has a lot of extra freezing on it, past Kalum Lake.

I'd just like to ask whether the ministry is looking at that, because obviously, an upgrade would certainly help all those folks who live in the Nass Valley who use this road every single day. It's the only way in and out to get anything.

Austin followed up that request with a pair of quick questions on Kitimat infrastructure and a review of the Exstew rail crossing issue.

As the minister would be well aware, with all the activity that's happening up there, there is only one bridge across the Kitimat River, the Haisla Bridge. I'd just like to find out whether or when that bridge is going to be upgraded. It is the only way that all of this industrial activity can take place, and with the onset of potential LNG plants, it's essential that that bridge is fixed and upgraded. It's been many, many years since it had work done on it.

My second question is with regards to railway crossings. I understand that railway crossings are governed by federal legislation because of CN. But in the case where CN is saying that they don't want to maintain railway crossings, can I ask the minister whether there's any avenue in government, through either his ministry or through FLNRO, to maintain some these railway crossings so that people can still have access to other roads that come about as a result of that?

I'm thinking particularly of the Exstew crossing that is west of Terrace and east of Prince Rupert. That is one which CN has said that they're not willing to maintain. I just want to know if there's anything that can be done to assist that.

(Mr. Austin's discussion points can be reviewed  from the Committee Record at the 1835 mark)

His NDP counterpart, Doug Donaldson from Stikine riding also had questions on infrastructure worries from his constituents, in particular the progress of a much needed community centre for the Hazeltons.

I want to bring to the attention of the minister an infrastructure project in Stikine and to update and get some answers on provincial infrastructure funding. The Upper Skeena recreation centre is a project I have highlighted in the Legislature since 2009. The current facility serving all the Hazeltons and outlying communities is at the end of its life. Rain pours in through the roof, water bottles freeze on the bench during hockey games, the rafters supporting the structure are made of logs, and the engineers have concerns....

The federal Infrastructure Minister said that they were open for business for proposals to the new Building Canada fund last week, on March 28. Generally, they'll fund approximately one-third of projects. The federal ministry website says to contact your ministry regarding applying for the PTIC, the provincial-territorial infrastructure component. [1830] From a previous minister of communities and infrastructure and now the Energy and Mining Minister….

The Hazeltons have their one-third contribution for the Upper Skeena recreation centre. The federal government says its doors are open for their one-third. The committee in charge of the new rec centre would like to have this building completed in the fall of 2015. Construction cycles are very seasonal in the north.

Does the province, through this minister's ministry, have a funding program in place to sync with the federal program, and when can the Upper Skeena recreation centre proponents expect to be able to apply for the B.C. portion of the funding? .

(Mr. Donaldson's questions can also be reviewed from the Committee record from the 1825 mark)

Those questions came from a Wednesday afternoon session of the Committee of Supply meeting on Estimates for the Ministry of Transportation and Infrastructure.

As for the North Coast MLA, other than a short question in committee on Thursday, which focused on the shuttle bus issue for the Highway 16 corridor and a revisit to the BC Ferries cutbacks, MLA Rice did not make any mention of any of the infrastructure issues for Prince Rupert.

A missed opportunity that we imagine the Mayor and City Council might be wishing she had taken advantage of.  Over the last year we have heard much from Prince Rupert council about the struggles they face when it comes to local infrastructure and the burden that potential growth may pose to those issues.

The only way that their message is going to get made to the province is if the local MLA becomes an advocate for their concerns.

So far, the neighbouring MLA's are doing a much better job of raising the concerns of their home constituents than is Ms. Rice, who has been fairly low profile at the Legislature since the current session began in February.

Council has been very vocal in recent weeks about such issues as Port taxation and provincial caps and such, however, they might want to save some time to make a request that the MLA for the region become more engaged in their issues as well.

Perhaps going so far as to fire off some talking points for the week ahead, making sure that the concerns of the region get the attention of not only the Liberal government, but of the local MLA as well.

For more items of interest on Legislature developments please see our Archive page.

Email ThisBlogThis!Share to TwitterShare to FacebookShare to Pinterest
Labels: April 2014, Infrastructure questions at the Legislature, MLAs Austin and Donaldson