At one time he was considered one of the favourites for the job himself, but having made his decision to stay in Ottawa, Nathan Cullen now is being courted for a different reason.

Today, he threw his support towards John Horgan for the BC NDP leadership, which isn't really much of a surprise. Especially when one considers that after the withdrawal of Mike Farnworth from the campaign, there's only one candidate left for the job, that being Mr. Horgan.

Cullen outlined his enthusiasm for Mr. Horgan's aspirations with a press release today.

Mr. Cullen highlighted the strengths that he believes Mr. Horgan brings to the job ahead. 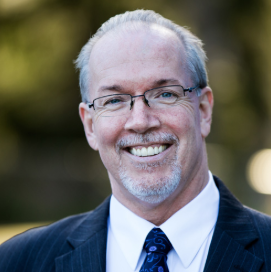 “John believes in good resource jobs that respect the planet and benefit local communities, and he can connect with British Columbians in any part of the province,” said Cullen. “This is the only way we’re going to build a 21st century British Columbia and John is the leader to get the job done.”

Mr. Cullen's support is not the first from the Northwest that the apparent leader in waiting has received, in March Skeena MLA Robin Austin offered his backing for Mr. Horgan's quest.

Mr. Austin was prominently listed in this list of names of MLA's that were supporting Horgan's bid, so far there has been no mention of the thoughts of the North Coast MLA Jeniffer Rice when it comes to Mr. Horgan's prospects.

The support of Mr. Austin is not the only connection to the Northwest for Horgan, who it appears once again has Dan Miller in his corner.

Horgan served the former Premier and North Coast MLA as his assistant during his time in Victoria and considered Mr. Miller to be his mentor on many issues.

Should Mr. Horgan receive the nod from the BC NDP next month,  it will be interesting to see how his mentorship through Mr. Miller and his own thoughts on development, may impact on the political relationship with the NDP's current North Coast MLA Jennifer Rice.

For more on Provincial politics and the legislature see our Archive page
Posted by . at 10:45 AM

Email ThisBlogThis!Share to TwitterShare to FacebookShare to Pinterest
Labels: April 2014, Cullen supports Horgan for BC NDP