In Kitimat, 1,793 say NO to Northern Gateway 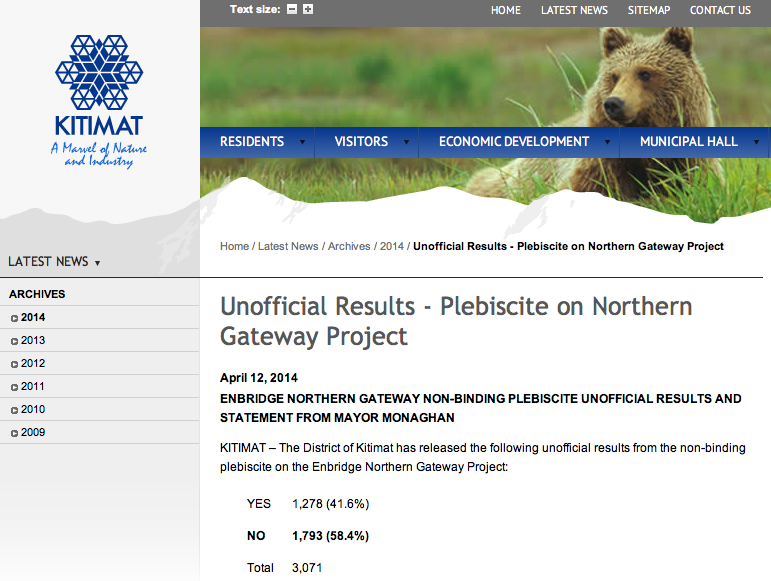 The results came in roughly an hour  after the voting had closed, the Kitimat District office website, perhaps the most viewed portal of the night.

And when Kitimat officials had finished tallying up the 3,071 votes cast in Saturday's plebiscite on the Northern Gateway project, those with hesitations or concerns, over the controversial project had prevailed on the day.

Those who cast a No vote totalled 1,793 or 58.4 percent of the voters, while those in the affirmative on the question accounted for 41.6 percent of the vote, with 1,278 expressing their belief that the project would be beneficial to the community.

The result handing the issue back to Kitimat City Council for their consideration on Monday evening.

“The people have spoken. That’s what we wanted - it’s a democratic process,” ...“We’ll be talking about this Monday night at Council, and then we’ll go from there with whatever Council decides.”-- Kitimat Mayor Joanne Monaghan on the results of Saturday's plebiscite.

After the results were released, Enbridge Northern Gateway officials were seeking to put the best face on their disappointment on Saturday evening, suggesting that they had more work to do to provide more information and ease the concerns of local residents. 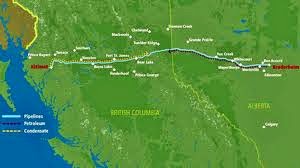 The pipeline proponents did find a positive to take away from the vote,  with the views of the 1,278 who appear to be on their side of the debate, though the verdict on the No side is clearly a setback.

A success last night would have been clearly helpful to the Enbridge campaign to win over residents not only in Kitimat, but across the province.

Especially after a rather badly handled run up to the Joint Review Process by the company, what with mistake laden maps, conflicting studies and a lack of constructive engagement with the communities across Northern BC.

Denied a Public relations victory on Saturday, the company will now apparently wait for the remainder of the Joint Review Process to play out and allow the Federal Government to announce where the project goes from here.

The Federal Government is expected to provide its review of the process sometime in June.

NDP MP Nathan Cullen was quick to herald the results as a substantial victory for those opposed to Northern Gateway, taking to his facebook page and  twitter feed on Saturday night to deliver the news of the No vote and his plans to take the results back to Ottawa. 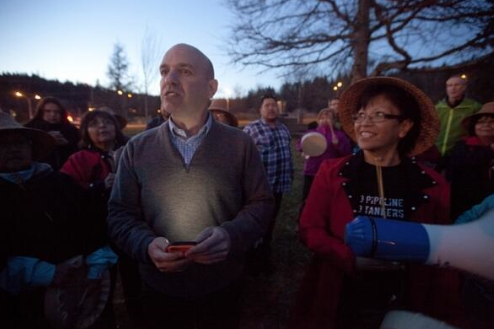 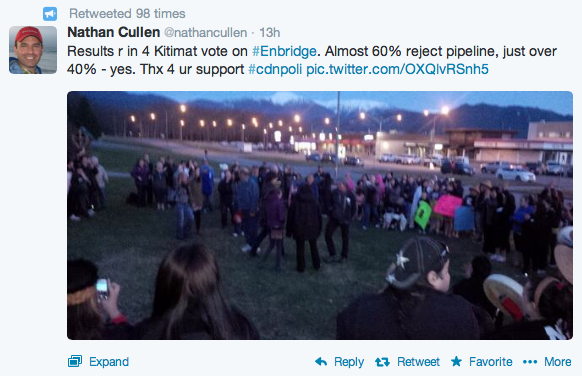 The results of the non-binding referendum now go to Kitimat's city council for discussion on Monday night, though it's hard to see how the council would offer any kind of public endorsement of the project now, considering the results from Saturday's vote.

Kitimat's municipal government for the most part sat on the fence during the Joint Review Panel process, in the latter stages pointing towards their own planned plebiscite as to where their focus was to be directed.

What they do with that direction from their residents makes for an interesting study of municipal politics and the uncertainty that referendums and plebiscites may deliver to the work of local politicians.

There were a few unusual aspects of the plebiscite that were different from your regular election process.  Key among them, the residency requirement for the vote was only thirty days in the community prior to the vote and unlike municipal, provincial or federal elections, there was no requirement that voters hold Canadian citizenship in order to participate.

Kitimat is already facing a backlash from the neighbouring Haisla community, which had concerns over the nature of the vote and the exclusion of their participation in it. A valid complaint,  considering that Northern Gateway was a project that would have an impact on their people as well.

In a recent article in the Tyee, Haisla Chief Councillor Ellis Ross reviewed the concerns of the First Nation about the late in the game nature of the Kitimat plebiscite.

Beyond that relationship to now be repaired, there is the obvious split of opinion in Ms. Monaghan's own city. Where regardless of City Council's decision moving forward,  there is now a fairly visible amount of the population which is going to be annoyed whichever way Council decides to go, if indeed it makes an announcement one way or the other.

Mayor Monaghan outlined the process ahead to Vancouver's News 1130 on Sunday morning, reviewing the background on the vote and the impact that it had on the community.

Still be learned from the plebiscite, is a firm number as to what percentage of eligible voters in the community participated in Saturday's vote. A statistic which may be hard to divine, owing to those unusual conditions for the Saturday vote.

In the last census numbers available for the community from 2011, the total population aged 20 and over in Kitimat was 6,360. (there is no breakdown available for those of 18 and 19 years of age, so the total would be slightly higher)

That number could be flexible of course, depending on how much the population has started to bounce back from the days of the Kitimat exodus.

But using that benchmark from the most recently available snapshot, the prospect of over 3,200 potential voters not accounted for, could put the 3,071 votes cast on Saturday into a bit of perspective, as to its actual value for the topic at hand.

In the end, Kitimat Council may just hold the results as for what they were; a public opinion poll, one to be delivered to the Federal government for its consideration.

Which to borrow a football term for politics, would be called punting the ball.

The Kitimat vote attracted a fair bit of attention from the provincial and national media on Saturday evening and into Sunday morning, some of the reviews can be found below:

For more background on the entire journey of the Northern Gateway project see our archive page.
Posted by . at 1:00 PM