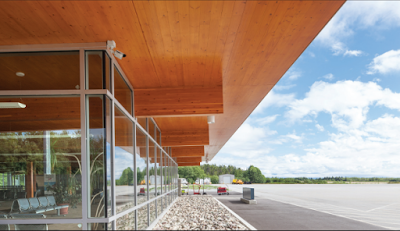 With Air Canada indicating that it plans to end its practice of reduced capacity and guaranteed adjacent seats on flights, the prospect of a potential doubling of passengers to Prince Rupert and how that may impact on local social distancing measures, is not something that has airport officials at YPR concerned.

Air Canada's announcement which will see flight capacity increased as of July 1st can be reviewed here.

"As we rebuild our schedule, we are continually increasing the range of products and services available to safely and efficiently enhance our customers' travel experience. As of July 1, we will be transparent about flights booked close to capacity in Economy Class and will provide rebooking options for customers booked on such flights. In addition, we are introducing industry-leading, streamlined, touchless airport processes such as TouchFree Bag Check and virtual queuing, and will be resuming meals designed by our Canadian chef culinary panel. We continue to assess new bio-safety initiatives to further build on the multi-layered, bio-safety approach our best-in-class Air Canada CleanCare+ Program features to give customers confidence in a safe, secure, and enhanced travel experience with Air Canada," -- Andrew Yiu, Vice-President - Product at Air Canada.

The announcement from both Air Canada and West Jet towards those plans to increase capacity, has however caught the attention of the provincial government.

With Dr. Bonnie Henry and Health Minister Adrian Dix looking for the airlines to provide further background on how they believe the moves will work towards goals of providing for proper social distancing 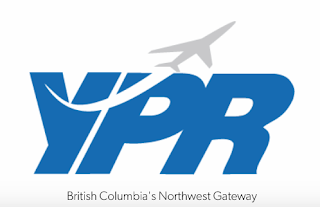 We explored the prospect of increased flight levels to Prince Rupert with Airport Manager Rick Leach,  who observed by way of an email that the announcement will increase access to flights to and from Prince Rupert, while not having an impact on the protocols in place for transit from the city to the airport on Digby Island.

"This will significantly add capacity to the flight, from 35 to 70 seats. This will not impact social distancing at the airport, or the ferry/bus transportation, our policy will remain in place. All the passengers have been wearing masks and complying with the protocol."

We also reviewed how the restart of operations at the airport has gone, with Mr. Leach making note of the change to the baggage process from the airport to Prince Rupert.

"The restart has gone very well, and AC has been selling most of the available seats, we will see how the load factor holds up against the increased selling capacity. The big win has been the arrival change, which has all the checked bags being claimed at the City Depot.

This mitigates an additional step at the terminal, as customers are no longer required to claim their bags and take it out to the truck, this will allow the buses to depart quicker.

We have been meeting our goal of having the buses depart within 10 minutes of arrival. This is an efficiency that gives personal time back to the customer, we have received a lot of positive feedback."

Canada's two major airlines have found the COVID period a challenging one to navigate with layoffs, and route suspensions put in place.

To further highlight those ongoing issues, today, Air Canada has announced the closure of eight of its regional stations across Canada, with the majority of the closures to take place in Eastern Canada. At the same time the airline has also announced that it will be discontinuing service on 30 Domestic routes.

British Columbia's airports have also faced some extreme challenges as the airline industry scaled back its service and in the case of Prince Rupert eliminated commercial connections for the Spring.

Last Friday, Prince George Liberal MLA Shirley Bond raised the issue of compensation for Northern BC airports as part of a Transportation Committee session through the Legislature.

"In the latest numbers — certainly the briefing that I received — airports are suggesting that the recovery period for them to reach even 2019 levels, could take until 2024. So, there's going to be an extended period of support required, and as I said, airports are — I know the minister is well of that — are a critical part of economic growth in our province.

I just would like to point out that the federal government did announce rent relief for 21 airports, and that did include our own airport of YXS. Rents would be waived from March 1 to December 31, but the total amount of savings for the airport — the Prince George Airport — was something like $29,000, which is 0.5 percent of operating expenses over the same period of time.

So, great that the federal government is paying attention, but, to be honest, the challenges on the ground are absolutely significant for the airports in our province.

So, perhaps the minister could just outline what initiatives the provincial government is going to engage in. What will the province be doing to support airports, both on an operational and, more importantly perhaps from the provincial side, an infrastructure perspective? "

Provincial Minister Claire Trevena in reply noted that the province remains engaged with the Federal government and continues to work with the Aviation council to help airports build up.

Towards any kind of financial assistance to date, the YPR Manager notes that the smaller and medium airports are the ones which are feeling the impacts of the reduced number of flights and activity at airports the most.

With Mr. Leach observing as to what those airports are facing at this pivotal moment of the COVID period.

"Nothing has been determined at this point, but most of the small/medium airports are now in dire financial shape, and are asking for government relief. The larger hub airports in Canada are also feeling the pain and calling for assistance."

For more notes related to air travel across the Northwest see our archive page here.

Email ThisBlogThis!Share to TwitterShare to FacebookShare to Pinterest
Labels: Air Canada policy change could double current level of travellers to and from Prince Rupert