Civc Centre rent once again an issue for a local group. 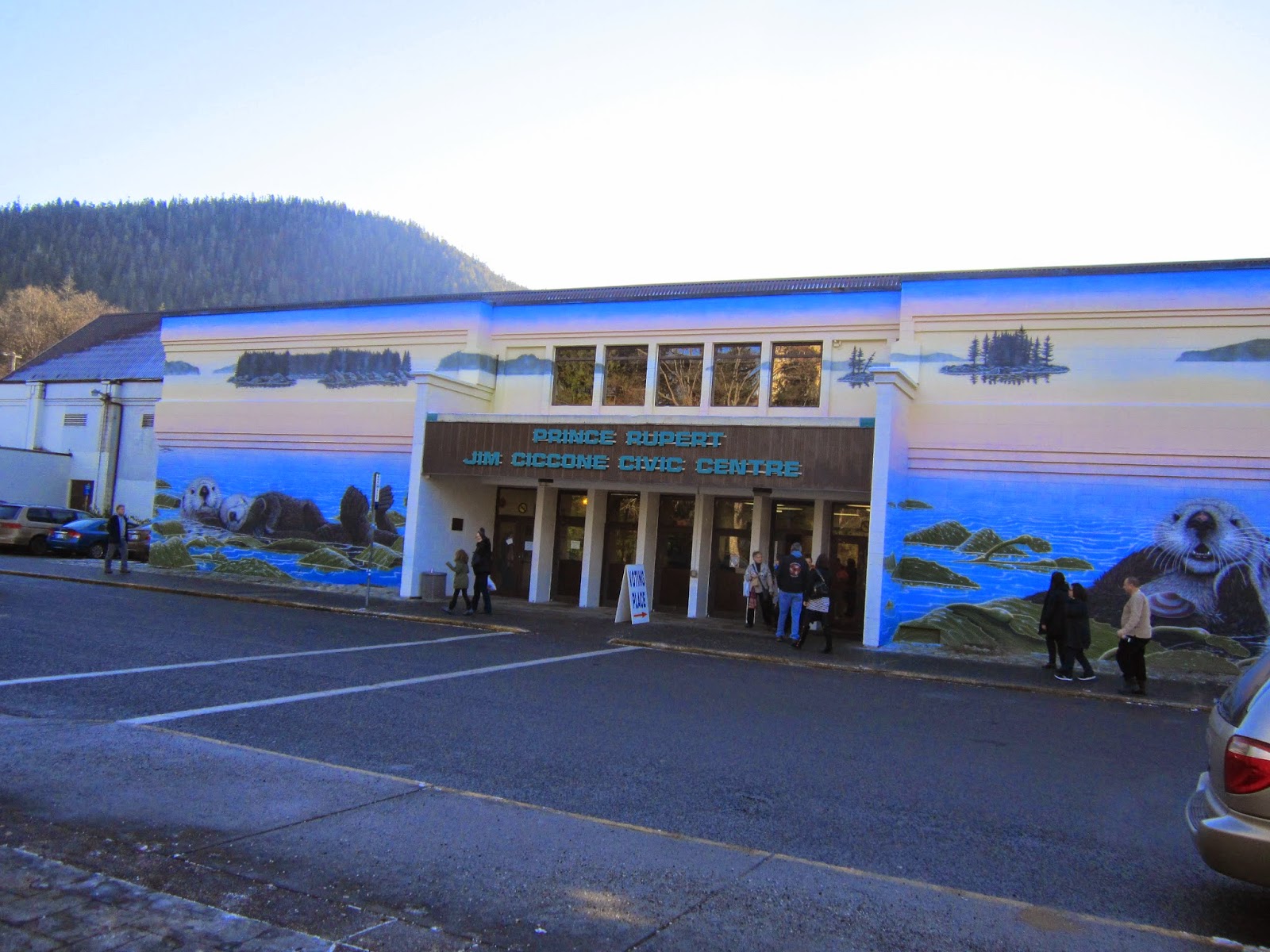 The topic of the rent for Civic Centre facilities for local groups will once again be brought to the attention of City Council tonight, as a delegation from the 2015 Grad Parents appear at the Committee of the Whole session.

The group will be outlining their concern over the cost of the rent for the Civic Centre facility and how it is impacting on their budget for Prom celebrations for 2015.

In a letter to Council requesting an opportunity to appear at Council, the Grad Parent executive called attention to the non-profit nature of their organization and the difference between it and other community organizations.

They are seeking a long term grant in kind, low cost agreement for the use of the Jim Ciccone Civic Centre for this year and the years to follow. 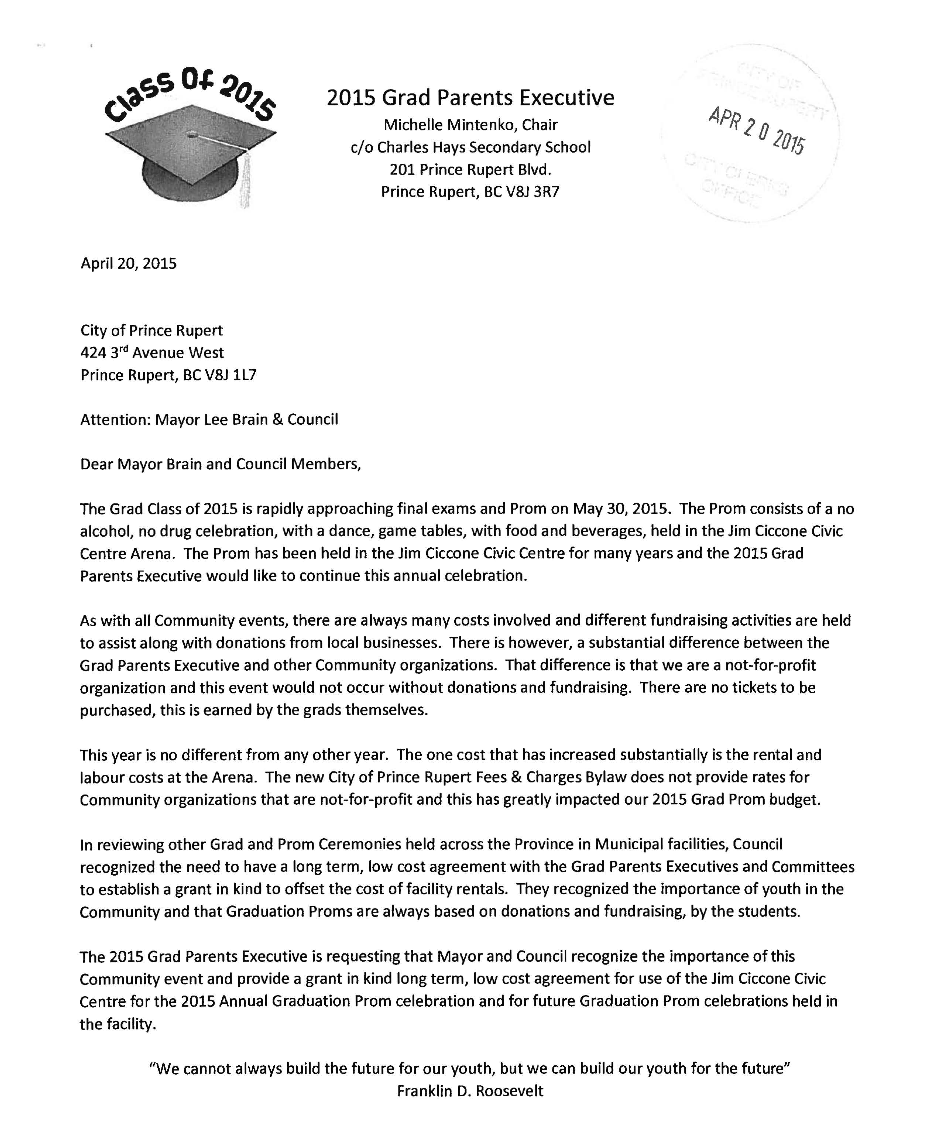 You can review the full letter to Council from the Committee of the Whole Agenda for tonight, it can be found on page three.

The 2015 Grad Parents Executive is requesting that Mayor and Council recognize the importance of this Community event and provide a grant in kind long term, low cost agreement for use of the Jim Ciccone Civic Centre for the 2015 Annual Graduation Prom celebration and for future Graduation Prom celebrations held in the facility. -- Portion of a letter to Prince Rupert Council from the 2015 Grad Parents executive on the cost of rent for the Civic Centre

It's not the first time this year that Council has heard from a community group about the city's rental policies for the Civic Centre, earlier this month, the 2015 Homecoming Committee appeared in front of council to seek some form of assistance on the rent for this year's event schedule for May.

You can review more of City Council's discussion points from our archive page here.
Posted by . at 10:09 AM

Email ThisBlogThis!Share to TwitterShare to FacebookShare to Pinterest
Labels: Grad Parents look for rent break on Civic Centre for Prom