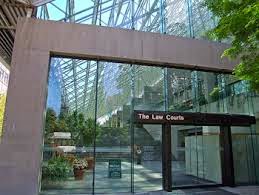 In a 4-1 decision today, the Court reversed two previous lower court decisions that had taken the side of the BCTF.

Key to the concerns of the ruling today for the BCTF will be the impact on class size and composition which made up the bulk of their success in the lower court rulings.

"The Province had certain policy objectives. It is not for this Court to comment on the desirability of those objectives, or to purport to decide, as the trial judge did, whether the collective agreement and legislative regime adequately met those objectives.

Rather, our role is to decide whether Bill 22, having regard to both its content and the context in which it was enacted, substantially interfered with teachers’ s. 2(d) right to a meaningful process by which they could make collective representations to advance workplace goals and have those representations considered in good faith by the entity with the power to respond and give effect to them.

While Bill 22 interfered with teachers’ freedom of association, the BCTF has not persuaded us that, on balance, that interference was “substantial”. We find no infringement of s. 2(d). This means Bill 22 has been in force since 14 April 2012." -- From the Summary of Today's BC Court of Appeals ruling, which resulted in a 4-1 decision in favour of the Provincial Government.

The majority decision was written by Chief Justice Robert Bauman and Justice Robert Harris, who spoke for the 4 of the 5 court judges on their ruling that the province had provided for good faith negotiations with the BCTF in the lead up to the legislation.

Justice Ian Donald was the sole dissenting voice from today's decision, making note of the decision of the lower courts and a decision from Justice Griffith from January of 2014, which ruled that the the provincial government had not consulted in good faith.

"In my opinion, the trial judge did not err in concluding that the unilateral nullification of the Working Conditions substantially interfered with the BCTF’s s. 2(d) rights and the Province did not give effect to those rights through good faith consultation, as the Province’s consultation efforts were not in good faith.

As such, I would dismiss the appeal in regard to the trial judge’s finding that Bill 22 is unconstitutional. I would allow the appeal in regard to the trial judge’s additional damages remedy and her declaration that Bill 28 was of no force or effect as of the date of its passage, but I would substitute a remedy pursuant to s. 24(1) of the Charter and order the Minister of Education to direct the public administrator for the BCPSEA appointed under s. 9.1 of the Public Sector Employers Act to reinstate the Working Conditions into the collective agreement immediately. " -- The Dissenting Conclusion from Justice Ian Donald from today's BC Court of Appeals ruling,

The BCTF can appeal the decision to the Supreme Court of Canada if it wishes, a path that the BCTF has taken in the past. However, they will have to make a decision on that course within sixty days and there is no guarantee that the Federal Court will hear their appeal.

The BCTF executive plans to outline their thoughts on today's developments through a press conference scheduled for 11:30 this morning, you can view that session through the link available here.

You can also review the full judgment from the British Columbia court here.

Some background on today's decision can be found below, we will add more items to the archive as they become available:

More items related to education in British Columbia and on the North Coast can be found on our archive page.
Posted by . at 10:55 AM

Email ThisBlogThis!Share to TwitterShare to FacebookShare to Pinterest
Labels: BC Court of Appeal ruling favours Government not BCTF