The success of the Prince Rupert Middle School Hockey Academy program has provided the Board of Education with enough information and feedback to go ahead with a decision to expand the project, with School District 52 making plans to offer a similar program at the City's high school this fall.

As part of their School District Meeting on Tuesday, the Board of Education announced plans to offer the program through Charles Hays Secondary School noted that the Hockey Academy project at CHSS was made possible by the approval of a Board Authorized Course at the Tuesday meeting. 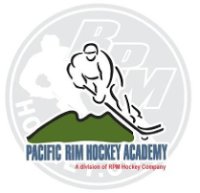 The program at Prince Rupert Middle School has been in existence for over a year now, while the concept of the Charles Hays Program was outlined for students and parents earlier this year at a public information session.

Earlier this year, parents of some of the students that participated in the Hockey Academy program offered up some of the benefits that they have found from the involvement of their children with the PRMS version.

As well, those in support of the PRMS program made note of some of the ways that those participating in the project have contributed back to the School.

In the past, the creation of the program at Prince Rupert Middle School had received a mixed reaction at the School District level, with the President of the Prince Rupert District Teachers' Union having expressed some concerns (see here and here) related to that program last year.

Some background on both the PRMS and CHSS programs can be found below:

The Hockey Academy program takes place from September to January.

Email ThisBlogThis!Share to TwitterShare to FacebookShare to Pinterest
Labels: Hockey Academy Program at CHSS in September 2016