It's probably the two dates most dreaded on the CIHL calendar, not so much for the destinations, but for the amount of time required on a bus to get there.

The vast geography that makes up the CIHL gets its most visual example this weekend as the Prince Rupert Rampage make that long, long ride into the Cariboo, with two games in less than 24 hours set for Saturday and Sunday.

A gruelling pace that will take the team into two of the toughest arenas in the league, as part of the weekend showdown with the two top teams of the eastern division. 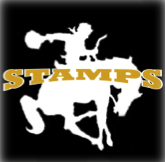 The Rhinos head into Williams Lake on Saturday night looking to shake 20 days of rust off after a significant break from CIHL action, which last saw them on the schedule back on November 7th.

Despite that time away from the on ice battles however, the Rampage remain atop the West Division Standings, currently leading the pack of Northwest competitors by one point

And while practice time is always welcome, the challenge will be large to return to the hard hitting game action as they take on the Mustangs on Saturday evening.

The Stampeders lead the league to this point of the season with a 7 and 2 record featuring one of the CIHL's strongest offensive units and a team that is playing with significant discipline through the first two months of the season. 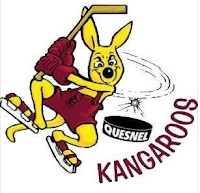 Things won't get any easier on Sunday afternoon, and a short turn around period from the night before, with the Rampage in Quesnel for a 1 PM start as they work their way back to the North Coast.

That contest will be one that the Kangaroos may have made note of, as they look to exact some revenge from the season opening loss they suffered at the Jim against the Rampage on October 4th.

With both teams hosting fairly high penalty minute totals, the afternoon drive home back to Rupert may be delayed by a bit, depending on what kind of flow and attitude the game may deliver.

Once back in Rupert, the team will again take to the road for a trip to Terrace next up on the agenda, with the team again on the bus for a Friday, December 4th match up with the River Kings at the Terrace Ice Arena.

The next home date for the Rampage comes up on December 12th when they host the Smithers Steelheads at the Jim Ciccone Civic Centre.

You can find more on the Rampage from our scores and results page, while notes on the team and the rest of the CIHL  can be reviewed on our Rampage Archive page here.

Email ThisBlogThis!Share to TwitterShare to FacebookShare to Pinterest
Labels: Rampage in Cariboo this weekend