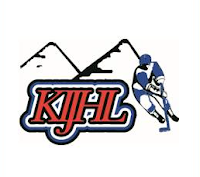 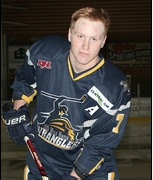 Two former PRMHA players are settling in a few months into the KIJHL schedule as Judd Repole and Brady Ward find their place on their respective rosters.

The 100 Mile House Wranglers are getting some solid results from BradyWard as the former Rupertite finds himself in among the top ten scoring leaders on the Wranglers roster.

With 25 games played so far in the 2015-16 season, Ward has 6 goals and 4 assists for 10 points on the year to this point, two of the goals on the power play and two of his six goals game winning markers. 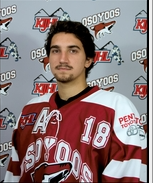 Further on into the Southern Okanagan, Judd Repole is picking up his pace for the Osyoos Coyotes, finding his way into the top ten Coyotes on the ice when it comes to points on the scoreboard.

With 19 games payed so far, Repole an assistant captain on the squad, has 4 goals and 9 assists on the year for 13 points, two of his four goals making for game winners.

The two former PRMHA grads  have a fair bit of Northwest company as they travel the roads of the Junior B  KIHL.

In addition to Ward, the Wranglers feature five other players from this corner of the province, with Nick Nordstrom  and Kyle Lindstrom hailing from Terrace, while Smithers is represented by Stephen Egan, Michael Lynch and Brendan Moore.

Down Osoyoos way, Terrace is well represented on the roster, with Colin Bell, Hunter Johnson, Carter Shannon and Colton Braid all perhaps able to share stories of the Rep Hockey days of the Northwest with Prince Rupert's Repole.

You can follow the two Rupert players on their journey and learn more about other Prince Rupert athletes playing away from the Northwest from our archive page here.

Email ThisBlogThis!Share to TwitterShare to FacebookShare to Pinterest
Labels: Rupertites in the KIJHL November 2015