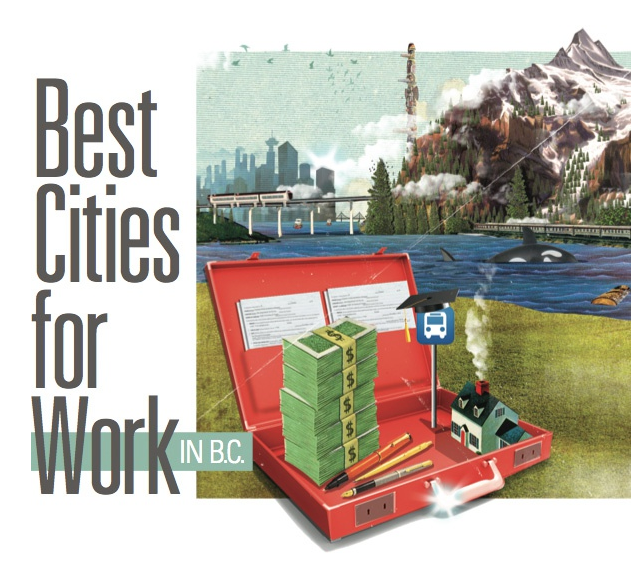 When it comes to optimism for the short term in British Columbia, BC Business magazine doesn't seem to have a lot of it when it comes to the fortunes of Prince Rupert at the moment.

In their debut listing of economic indicators that make a community the best place to work, the North Coast has finished dead last among the thirty six cities that make up the 2014 review.

With Prince Rupert assessed low scores in a number of categories that determined the rankings of communities across the province with a population over 10,000 residents.

The review which is titled Best Cities for Work in B. C. considered seven economic indicators to rank the communities that were examined, among those indicators were:

People who use transit 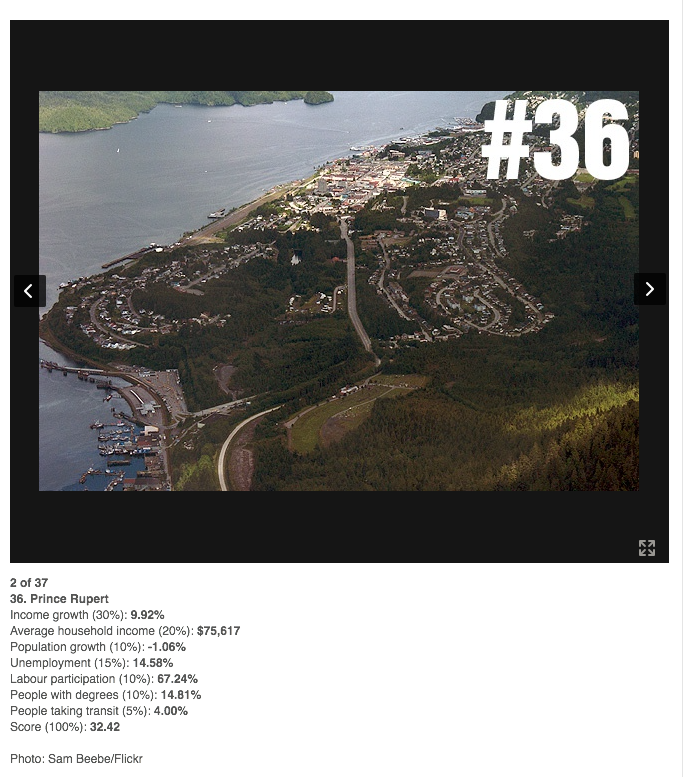 From the data examined from those categories, Prince Rupert found itself as the location where the most effort appears to be required on all fronts, in order to improve the rankings in years to come.

The population growth of the community trended into the negative range at -1.06%, while unemployment was ranked as among the highest of the communities in the review at 14.58%

Labour participation was listed at 67.24%, while those working in the community with degrees accounted for only 14.81%.  Transit use also factored as a low percentage as part of the overall picture.

For a final Score of Number 36 of the 36 communities, Prince Rupert was marked at 32.42, compared to Fort St. John, the number one community considered the best city for work.

However, those with degrees are harder to find there, with only 9.84% listed as having a degree, likewise Fort St. John would appear to be a car city, with few making use of public transit.

For an overall score, Fort St. John was marked at 60.67 to earn their first place finish, just edging out North Vancouver for the honours. 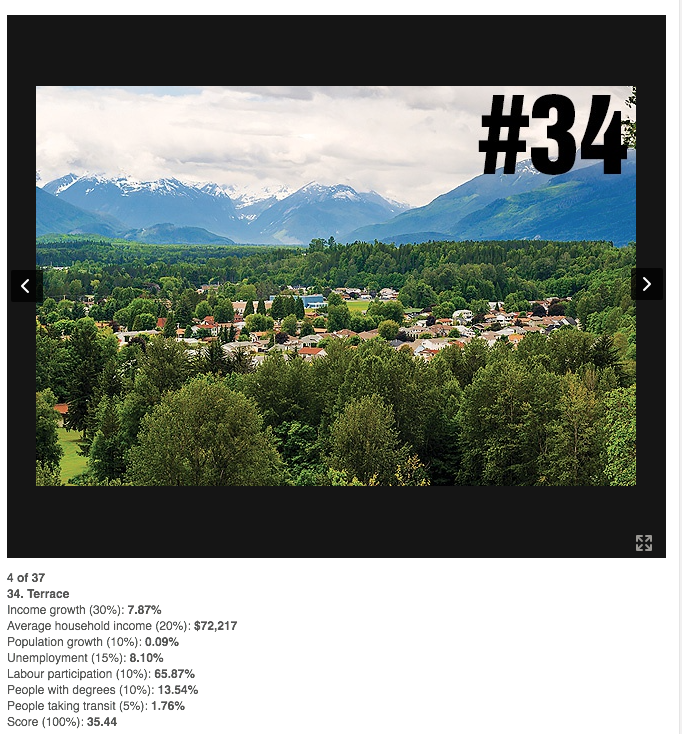 Of the 35 other communities surveyed for the review, Terrace is found as the only other North West contribution to the review, claiming the Number 34 position featuring a Total Score of 35.44.

Better results from a lower unemployment rate and higher average household income provided Terrace with the cushion over its neighbour on the North Coast.

BC Business did make note of the current industrial activity in the region and the potential that the LNG industry may change the dynamics for the region in years to come.

Highlighting Terrace as a hub city for the region, BC Business reviewed the current economic base and what may be in the future should development proceed as anticipated by both government and some local governments.

You can review those observations here.

It's not the first time that the Northwest has made news for low rankings in economic studies, in recent years, the annual Moneysense rankings which come out as Spring arrives, frequently place Prince Rupert and Terrace among the communities on the lower end of the scale after statistical review.

And while not welcome news as far as civic ego may go, these forms of review do tend to highlight areas of concern that local municipalities should be looking to address, in order to make the Northwest a more desirable place for Canadians to consider relocating to.

While you can review the full report from BC Business here.
Posted by . at 8:24 AM

Email ThisBlogThis!Share to TwitterShare to FacebookShare to Pinterest
Labels: BC Business best Cities for work