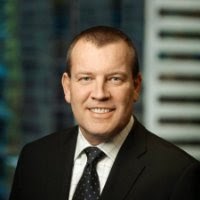 Not much has been heard from Greg Kist, since the former head of Pacific NorthWest LNG announced his departure from the leading contender to deliver an LNG terminal on the North Coast.

Mr. Kist left Pacific NorthWest LNG in October and until an appearance at a Toronto business luncheon this week, not much had been heard from him as the project he steered through the early stages made some major headlines in British Columbia.

His observations to the business leaders in Ontario outlined a number of observations on the project, which he told his audience must be sanctioned soon to meet its planned start up date in 2019.

Among some of the key points from his review of developments since his departure:

Every one of these partners, whether it’s Japex or IOC or Sinopec or Petroleum Brunei, has a requirement for the delivery of those volumes at a certain time, if the Lelu Island project doesn't get launched all of those partners will have to seek out alternatives for their requirements.

If Petronas were to go ahead and make a conditional FID decision now, it would be my view they would lose some of the leverage that they have in terms of trying to drive down the capital costs as it relates to the plant development or the pipeline side of things.

On the theme of the current ride of oil prices and the impact that it may have on the plans for Petronas moving forward, Kist observed that project economics have been calculated assuming there will be many low-price market cycles and Pacific Northwest LNG is expected to deliver “double-digit returns” over its lifetime.

To that note, he suggested that he's confident that Petronas and its partners will give a final investment decision to proceed within the next three to six months despite the plunging oil prices.

And as for the big question around the North Coast as to why he departed the project at the time he did?  Mr. Kist provided this explanation for his decision to leave.

it  (the project) was about to enter the construction phase and he didn’t feel he had the expertise required to lead that part of the development.

Mr. Kist was replaced by Michael Culbert who assumed the role of acting President to steer the project through the choppy waters of the last two months.

Since that time, Petronas has met with the province a number of times and recently outlined that it was deferring that final investment decision while they assess the conditions that their project faces at this time.

The full overview from his Toronto presentation provides a glimpse into some of the other factors that have contributed to the discussions around the Petronas board room.  Offering up a look at some of the factors involved as they explore their options when it comes to the much anticipated North Coast development project.

You can review the full article from the Calgary Herald here.

For more background on the Lelu Island project see our archive page here.
Posted by . at 9:54 AM