North Coast MLA Jennifer Rick has offered her congratulations on a recent agreement between the Province and British Columbia and the 260 registered midwives in the province. 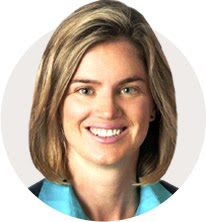 “This deal is good news for B.C. midwives and a host of British Columbians living in rural and northern communities. New Democrats have long been advocating for the expanded use of midwifery services across the province as we believe that midwives play an integral role in the health care system and can be of particular benefit to women, families and First Nations communities by bringing specialized maternity care to otherwise isolated areas.-- North Coast MLA Jennifer Rice on recent deal between the Province and BC Midwives Association

The full overview from Ms. Rice regarding the announcement can be found from this media release from the BC NDP.

The agreement was announced on December 16th and is back dated to April of 2014, extending to March of 2019.

The five year agreement is valued at 5.5 percent over the term of the deal, featuring modest compensation increases as well as 1.6 million dollars in investments into the profession designed to sustain and grow the service across the province.

A further 200,000 dollar allocation has been established to expand the services that midwives deliver to residents arose British Columbia, those expansion plans will be discussed in collaboration with rural communities, the midwives association of British Columbia and other partners in the health care system.

The province provided a brief snapshot of the service provided by the Association which has 260 registered midwives in the province, with 200 currently practising.  in 2013-14, midwives played a role in nearly 8,600 births or roughly 18 per cent of the goal number of births in the province.

Midwives are registered and regulated by the College of Midwives, currently UBC offers a four year undergraduate degree program in the practice, the number of seats for that program was expand in 2012 to host twenty participants.

More on their work in British Columbia can be found here.

You can learn more about the agreement from the British Columbia Government website.
Posted by . at 10:04 AM

Email ThisBlogThis!Share to TwitterShare to FacebookShare to Pinterest
Labels: BC Midwifes and BC Government come to agreement, December 2014