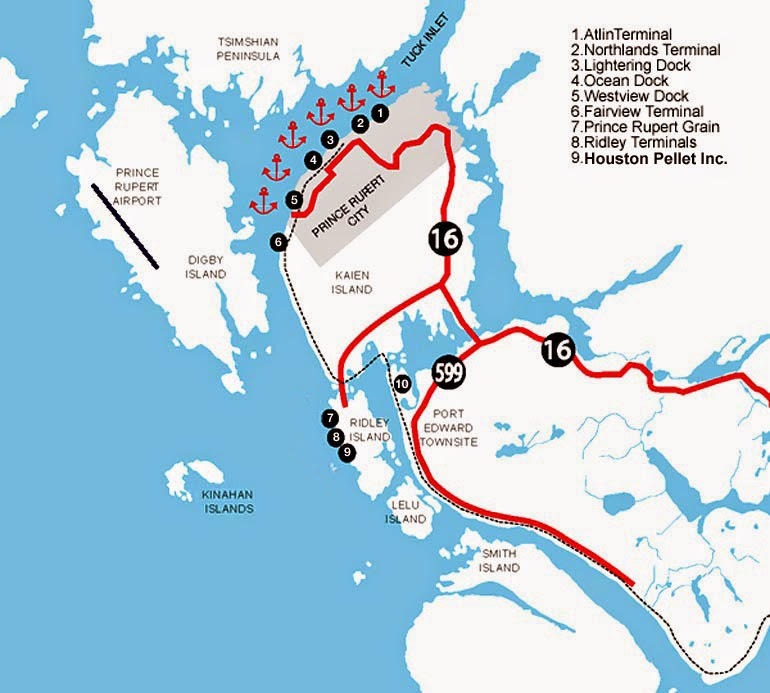 Shipments out of Fairview Terminal continue to deliver some impressive numbers as the container terminal closed out November with an increase of 12.39 per cent in volume from numbers of 2013.

Both Imports and exports continue on their upward trends through November.

Imports of containerized  cargo rose by some 14.95 percent, while Exports increased by 9.04 percent to the end of November.

As for other shipments out of the Port of Prince Rupert, results were mixed as coal and logs have shown declines over the past eleven months, compared to the year before.

Log shipments out of the Harbour declined by 8.68 percent, while the high profile woes of the coal industry continue with shipment declines of 38.25 percent over the year so far out of Ridley Terminals.

Prince Rupert Grain however has had a good year, with shipments of Canola and Wheat making up the bulk of the increase of shipments by 26.85 percent from this time last year.

While there are no baseline comparison numbers available for Pinnacle Pellet's Westview terminal yet, with the Terminal still in its early days of operation. The numbers so far in 2014 have seen shipments of Wood pellets numbering 466,543 tonnes exported to the end of November.

Shipments through the Alaska Marine Highway have declined by near 31 percent to date.

CN Rail shipments out of the port have increased by 15.42 percent to the end of November.

The performance statistics were delivered on Monday, you can review the larger breakdown on those shipments  from this chart from the Port of Prince Rupert website.

The full account of 2014 will be made available in early January, providing the final numbers for the year and offering up a snap shot of the growing impact that the Port is having on trade between North America and Asia.

For more items related to the Port of Prince Rupert see our archive page here.
Posted by . at 9:04 AM