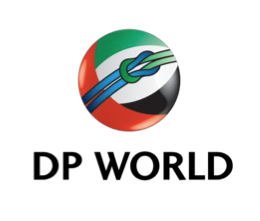 The price of the sale is stated at 580 million dollars Canadian. The transaction will be subject to Canadian Regulatory approval, with DP World looking to close the deal in the second half of this year.

The move is an indication as to the growing reputation of the Port of Prince Rupert as a Gateway for trade between North America and Asia, with DP World a major operator of ports worldwide adding Prince Rupert to its roster of over 65 marine terminals across six continents.

From today's announcement, it would appear that the Dubai based DP World might have some rather large scale plans in mind for the future of Fairview Terminals.

With the prospect of a much larger scale expansion of the site now seemingly something that will be given a significant amount of investigation.

A project that if taken on by DP World,  would create employment and spin off industrial benefits for the Prince Rupert area and vault the Fairview Terminal into a completely different level when it comes to transportation options for world shippers.

"We are delighted to extend our global footprint with a second terminal in Canada. The value proposition is compelling and the addition of capacity to our portfolio will contribute to DP World 's continued growth and the delivery of shareholder value." -- Sultan Ahmed Bin Sulayem, Chairman,

Among some of the key points from the purchase that DP World made note of in their announcement:

The prospect of undertaking a feasibility assessment in relation to development of lands intended for further expansion of Fairview which could lead to an increase of capacity to 2.45 million TEU's

DP World "Fairview Container Terminal offers the fastest access for vessels traveling between Asia and North America. The terminal also offers the highest productivity rates on the West Coast and an efficient rail link to the hinterland. The long-term concession and ability to build beyond the current phase 2 of expansion presents a fantastic opportunity for DP World . We are delighted to announce this transaction and look forward to further enhancing the port's operations under DP World management." -- Mohammed Sharaf, Group Chief Executive Officer, DP World

You can review more background on the acquisition announcement from this Media release from DP World.

For more background on the world wide scope of DP World, see their website here.

For items related to Fairview Terminals see our archive page here, while notes on items of interest from the Prince Rupert Port Authority can be reviewed here.

News items related to today's announcement can be found below, we will add to the listings as more information becomes available.