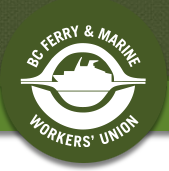 For North Coast travellers, the only delays to sailing out of Prince Rupert, Port Hardy or Skidegate for the next five years will most likely be only weather dependent ones. With word from late last week that BC Ferries and its unionized workforce have ratified a new labour agreement which will span half a decade.

The agreement will provide employees with an 8.5 percent wage increase over the life of the contract and will cover period that reaches back to October 31st of 2015 and carries forward to October 31, 2020.

The contract negotiations spanned a number of months and the announcement of successful terms comes following a similar notice of success with the Union's Provincial Executive and Ships' Officers' Component in November.

Mike Corrigan the President and CEO of BC Ferries offered up some notes on the nature of the negotiations and observed that with the agreement with BC Ferries now in hand, British Columbians have seen almost 2 decades of labour stability when it comes to their marine transportation.

“The five-year agreement provides for fair and modest wage and benefit increases for our employees while continuing to provide an efficient and dependable service. This agreement will mark 17 years of labour stability at BC Ferries,”  ... “We had a very productive round of bargaining with the Union, which included meaningful dialogue and negotiations. We thank the bargaining teams on both sides for their collaborative efforts.” --  Mike Corrigan, BC Ferries’ President and CEO.

There are 3500 employees covered by the agreement, members of the BC Ferry and Marine Workers' Union. Prince Rupert is the home port for the two routes of the Norther service.

Graeme Johnston, the Provincial President hailed the agreement as a validation of the collective bargaining process and noted that it was reached without the intervention of a third party.

You can review more  background to the agreement from this media release from BC Ferries.

For further items related to Marine Transportation on the North Coast see our archive page here.
Posted by . at 9:09 AM