Good Times Games and Electronics in the hunt for provincial honours

A popular local Prince Rupert business is making its mark in the province, with word that Good Times Games and Electronics has made it into the final round of the Small BC Business Awards, which celebrates the contributions of small business owners to their communities.

The 2nd Avenue West business operated by Rob Gruber and his  group at Good Times has been an eight year fixture in the community now, providing a range of activities and events for youth in Prince Rupert to take part in.

Already recognized at home through a number of awards from the Prince Rupert Chamber of Commerce, the Provincial Nomination to take them to the February awards ceremony is yet another indication that Good Times is not only making a strong contribution to the community, but has a pretty solid business plan to go along with that service. 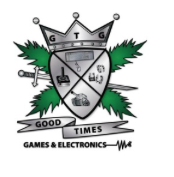 With the Chamber currently accepting nominations for the 2016 local business excellence awards, it's probably safe to suggest that Good Times will be finding more than a few nominations from locals who are quick to share the word about the business.

As for the Provincial competition, you can learn more here about their nomination into the Top Ten in the category of Best Community Impact.

A look at the competition in the category can be reviewed here, the shortlist of Top Five finalists will be announced by January 29, 2016.

Should Good Times make it that far, they will then be making a 10 minute pitch to a judging panel, where the Small Business BC judges will weigh a number of items from the criteria to make their final decision.

For those that have yet to discover what the business is all about December promises to be a fairly busy time for them, with Holiday plans quickly coming together, including a competition that will be streamed live through CityWest Cable.

More on the business an their plans this week can be found from their Facebook page.

Further items on Prince Rupert's Commercial sector can be found on our archive page here.
Posted by . at 11:02 AM